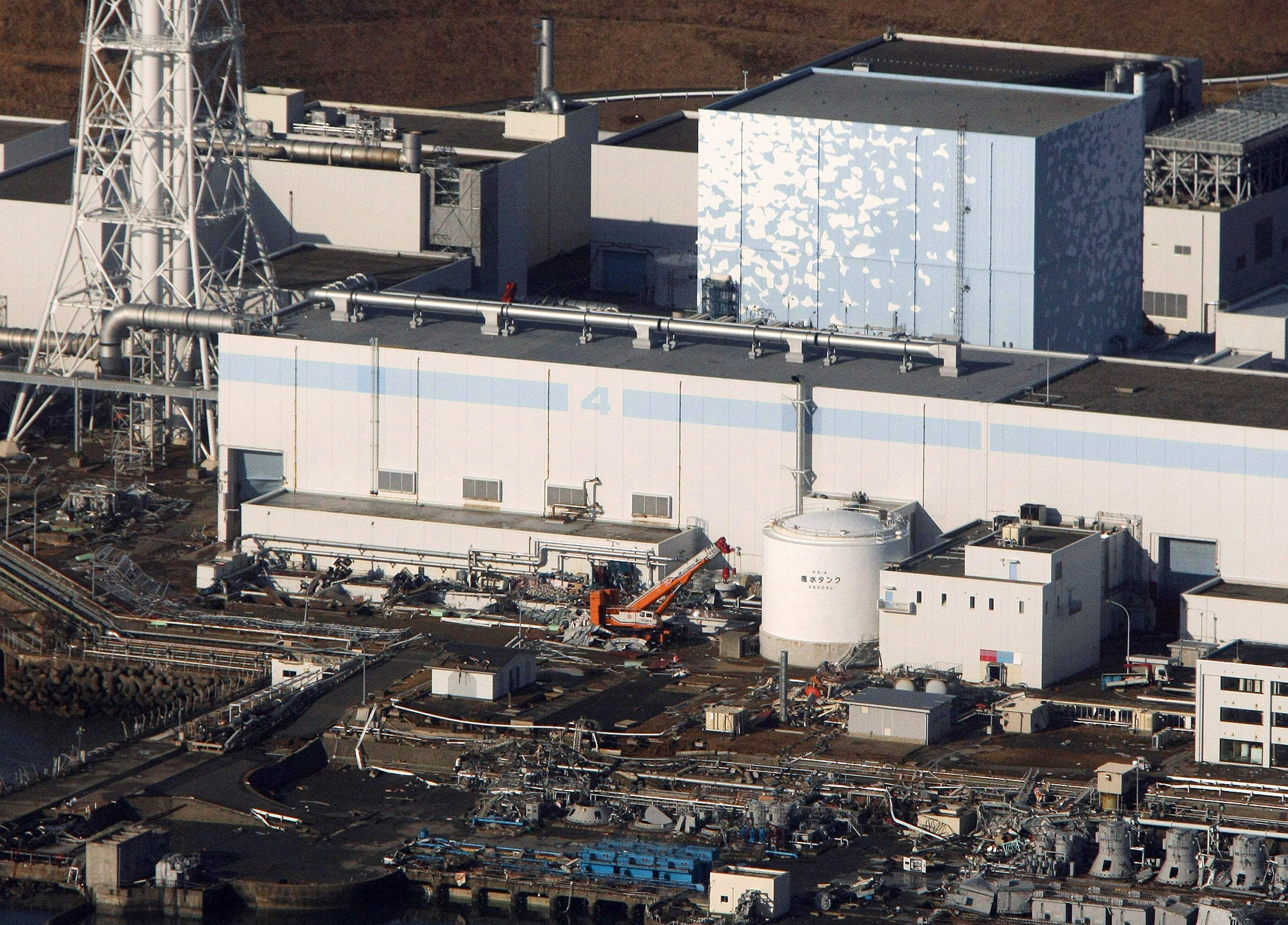 Plumes of radioactive water from the damaged Fukushima nuclear power plant have been detected off the coast of Canada.

There have long been concerns that water laced with the radioactive materials cesium-137 and cesium-134 from the plant would make the 5,000 mile trip across the Pacific Ocean. Radiation in the atmosphere reached the West Coast within days of the Fukushima incident, and though it has taken much longer for it to make its way here by sea, a study out Monday in the Proceedings of the National Academy of Sciences confirmed that it has arrived.

The study found that the Fukushima radiation first reached a location 1,500 kilometers west of British Columbia in 2012. By 2014, the levels of celsium-137 had spread to the Canadian continental shelf. The amount is projected to double on North American shores by 2016 before falling back to below today's levels by 2021.

Fortunately, between the long journey across the sea and ocean currents that have swirled and stirred the radioactive cesium along the way, the levels are not dangerously high.

"Cesium behaves like dye in water and gets diluted along the way," said Ken Buesseler, a senior scientist at The Woods Hole Oceanographic Institution whose separate study last month found similar levels of radiation from Fukushima off the California coast. "By the time it gets across, it's pretty well mixed and much lower. We could never have levels as high as what was found off Japan."

After the Fukushima Dai-ichi plant was swamped by a tsunami in March 2011, three of its reactors went into a meltdown. Emergency workers responded by trying to cool them with hundreds of thousands of gallons of sea water.

Since Fukushima was on the coast, that water washed back into the Pacific, making it the largest discharge of radiation into the ocean. As much as 50 million becquerels of radiation (a becquerel is a unit of measure of radioactivity) were released into the water, prompting the Japanese government to impose a coastal fishing ban and tighten of radiation levels in seafood.

The initial radiation release prompted fears that much of it would inundate North American shores. But as many scientists projected, it has not panned out that way.

"I certainly wouldn't discourage people from swimming or eating fish from the Pacific because of levels that low," Buesseler said. "It sounds scary because it's radioactivity, it's Fukushima and it's detectable. But fortunately, the amounts we are detecting are tens of million of times lower than what was happening off Japan at the peak of the accident."

The levels detected are currently 2 becquerels per cubic meter, and may reach up to 5 in the next year or two. To be considered dangerous under Canadian guidelines for drinking water quality, the levels would have to reach 10,000 becquerels.

Still, Buessler acknowledged that doesn't mean there aren't any risks. The levels detected are twice what normally are found in region, which like many parts of the ocean still have some radiation as a result of testing of nuclear bombs in the 1950s and 1960s.

Other studies have projected that a great majority of the radioactive material will stay in the North Pacific, with very little crossing south of the Equator in the first decade after the meltdown. This should keep radiation levels relatively low. However, eventually, over a number of decades, the measurable but otherwise harmless radiation could spread into the Indian and South Pacific oceans.

"In the vast majority of the Pacific including all Pacific waters around United States and Canada, there is no cause for concern," said Bradley Moran, a co-author on the PNAS paper and a professor of oceanography at the University of Rhode Island.

"There are no health impacts," he said. "There has been very bad press out there. You just Google Fukushima and you will see all the predictions of the hot plume coming over. It's very inaccurate."