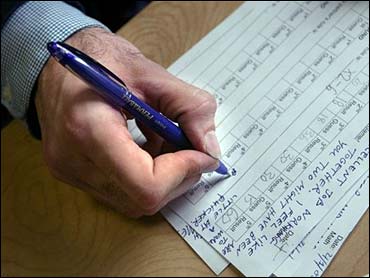 By the end of the school year, every teacher of every major subject in every school will be highly qualified. That's the government's promise, anyway.

The reality will be far less rosy, say experts who have analyzed how states are responding to President Bush's education law and its unprecedented review of teacher quality.

As the centerpiece of his domestic agenda, the No Child Left Behind Act aims to dramatically improve learning by ensuring that all students have highly qualified teachers.

Yet in a nation of 3 million teachers, the definition of highly qualified varies widely and may not ensure quality at all -- not what Bush and Congress intended.

Given considerable leeway, many states are declaring their teachers to be highly qualified without making sure those teachers know their subjects, independent reviews show.

The law also lacks specific penalties for states that fail to get all their teachers qualified, which could hamper enforcement by the Education Department.

Already, most states say that more than 90 percent of their teachers are highly qualified. But the notion that top teachers fill most classrooms is greeted skeptically because of questions over how the states define quality and how they collect their data.

"It's an unkept promise," said Chester Finn Jr., a former assistant education secretary who runs the Fordham Foundation think tank in Washington. "Worse yet, it's the illusion of a kept promise."

Under the law, states have until the end of the 2005-06 school year to make sure teachers in every core class, from math and science to arts and languages, have a bachelor's degree, a state license or certificate, and are competent in every subject they teach. Teachers in isolated, rural areas have an extra year to qualify.

The requirement that teachers are competent in their subjects is the driving force, as the government tries for the first time to ensure teachers know their subjects.

Teachers can prove they know their content by passing a test or having a major in each subject they handle. But many teachers find those options unrealistic or demeaning.

So veteran teachers often qualify under a third option not available to new teachers -- meeting a state standard of quality.

Many states use point systems to grade whether teachers are experts, giving credit for conferences attended or committees served on. Other factors include years in the classroom, teaching awards and job evaluations. Some states use gains in test scores by a teacher's students; other say having a state license is simply good enough.

To teachers, the process is often confusing, burdensome and ill-focused. The law aims to make sure a math teacher knows math. But it does not measure a teacher's devotion or ability to connect with students.

"It has nothing to do with me as a teacher," said Terrie Tudor, a drama teacher from Wheaton, Ill. "It's a legal definition and a document. That's what we're trying to reach."

Norma De La Rosa, a reading teacher in El Paso, Texas, said it is fine to hold teachers accountable, but the judging often is unfair and subjective.

It is fair for states to use several ways to evaluate longtime teachers rather than force them to go back to school or pass an exam, said Tom Blanford, a teacher quality leader at the National Education Association.

If teachers were forced to pass tests, he said, "the number of take-this-job-and-shove-it notices that school districts would receive would be staggering."

Jean Miller, who oversees teacher quality for the Council of Chief State School Officers, said crediting teachers for working on a curriculum committee, for example, makes sense. It shows they know fine details of the content they teach, she said. Asked if most states are genuinely measuring subject knowledge, she said: "I really do have confidence in that."

Others, resoundingly, do not. Among them are:


Teachers take offense at such criticisms.

Laverne Miller, a 36-year teacher in Honolulu, helped design her state's standard. Teachers must get 100 points to qualify and can earn credit by taking or having taken college courses in their content area.

Some teachers were surprised to learn they could count such classes. But Miller told them, "What makes you think the courses you took 30 years ago are not good enough to consider you highly qualified?"

The Education Department is increasing enforcement of the law, asking states to justify their definitions of highly qualified. The agency may withhold money if states do not accurately report on the quality of its teachers, said Simon, the deputy secretary.

"I have confidence that states are trying to do the right thing," Simon said. "We've tried to be as flexible with them as we can."