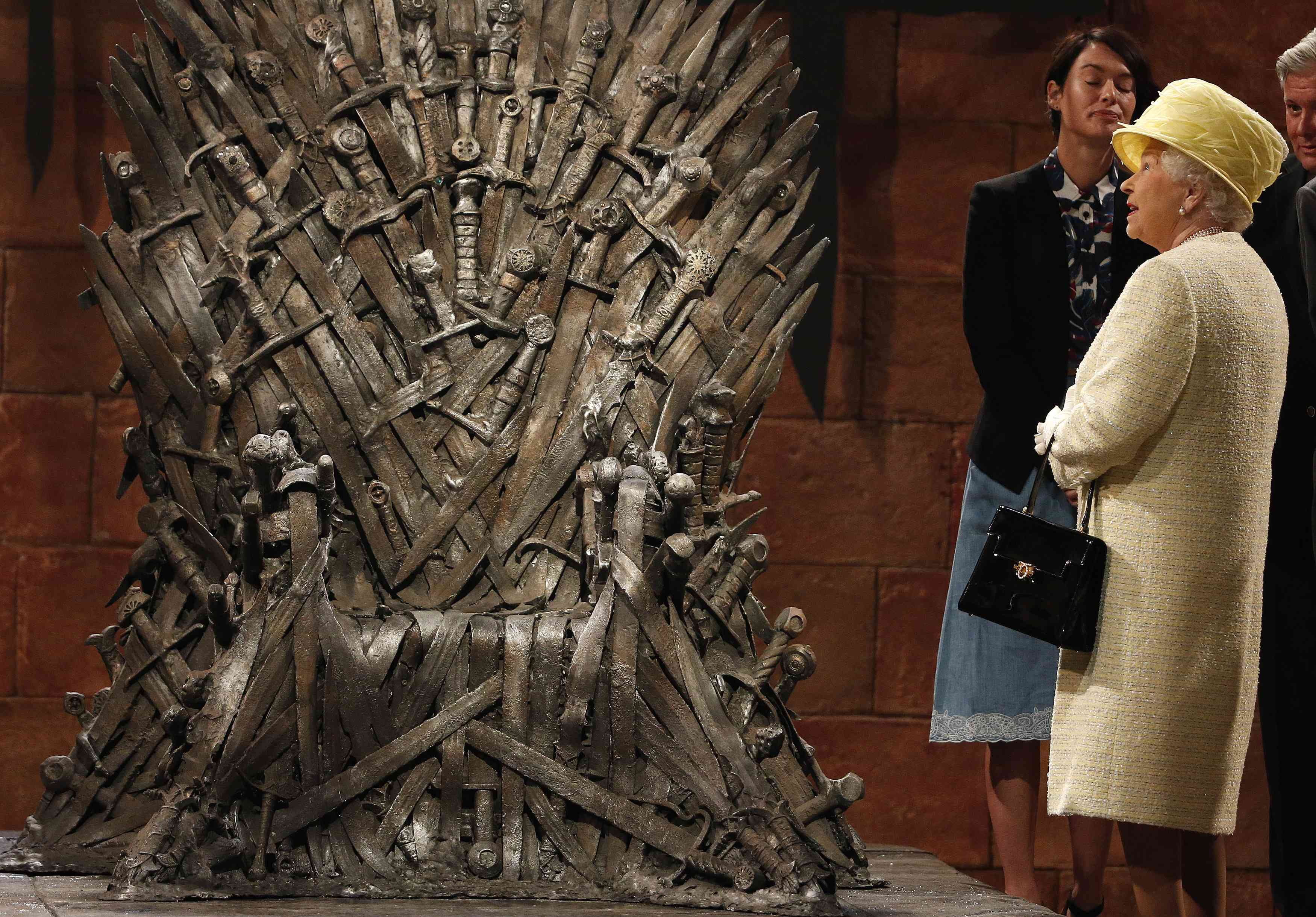 For Queen Elizabeth II, one throne is enough.

The United Kingdom's 88-year-old monarch toured the Belfast sets of the hit HBO series "Game of Thrones" and met many of its stars Tuesday beside the show's sword-covered seat of power, the Iron Throne.

Unlike many visitors to Belfast's Titanic Studios, the monarch declined to take a seat on the throne created for the ruler of the mythical Seven Kingdoms. But she did take a look at many of the set props during her visit.

"Game of Thrones" creators David Benioff and Dan Weiss escorted the monarch through the show's custom-made armory, hangars of costumes, and sprawling sets used to shoot the program's interior scenes and perilous ice-cliff ascents -- part of the biggest TV production ever mounted in Europe.

"Game of Thrones" just wrapped up season 4. The episode, called "The Children," was the most-watched finale ever for the HBO series.

Prince William and Kate arrive in Boston for first U.S. visit since 2014
More
Thanks for reading CBS NEWS.
Create your free account or log in
for more features.
View CBS News In
CBS News App Open
Chrome Safari Continue
Be the first to know
Get browser notifications for breaking news, live events, and exclusive reporting.