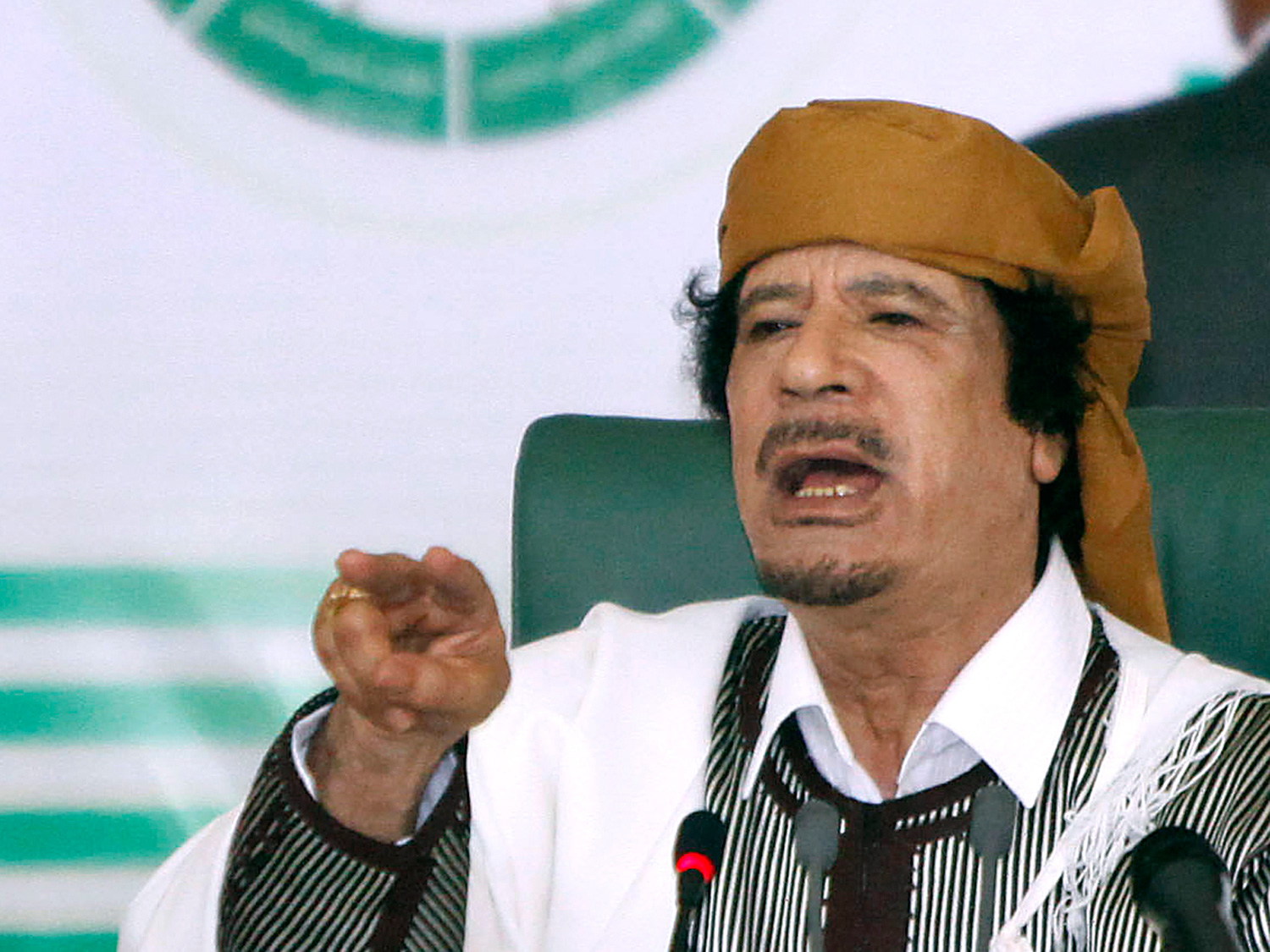 As Libya's rebels fought their way into the capital city, Tripoli, for the first time since the uprising began six months ago, state TV broadcast what seemed to be an audio message from their dictator, Muammar Qaddafi.

What was intended to be a message of strength and defiance instead came across as bizarre and slightly desperate, according to the many who listened in.

"You destroy our air conditioners," Qaddafi is reported as saying, according to CNN's Matthew Chance.

During the message, Qaddafi read the date and time to prove that he was alive and well, but the fact that it was an audio recording made on a static line did nothing to quell the many rumors that he had already fled the country.

Qaddafi called the rebels as "traitors" and "vermin," the Associated Press reports, and he also said they were being chased from city to city, which is, in fact, the opposite of what is happening on the ground right now, according to nearly all independent reports.

"Libyans wanted to enjoy a peaceful Ramadan," he said. "Instead they have been made into refugees. What are we? Palestinians?"

Qaddafi described the NATO bombardment of his country as "Christian air raids," and he praised his people because "you continue to be up in Tripoli," according to CNN.

In the end, though, there was a morose tone to the speech, and Al Jazeera reports that he said "You need to Love Libya... how can you allow those people to play with Libya? Instead of being happy we're sad."