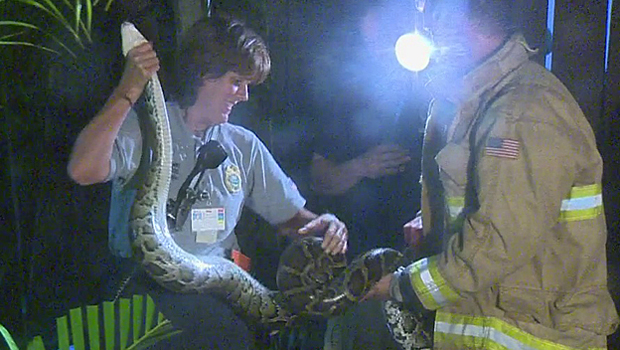 MIAMI -- A Miami homeowner got a slithering surprise when a python was found under her porch, CBS Miami reports.

Miami Fire Rescue said they got the call around 8 p.m. Monday about a loose snake.

When they arrived, they found the 9-foot Burmese python hiding under Judy Tortoriello's porch and promptly removed it.

"I feel good; I feel happy," said Tortoriello, who added that her biggest fear would be that "we would have a hard time catching it."

The Burmese python is a species that is causing problems in the Everglades.

The snake was turned over to the Florida Fish and Wildlife Conservation Commission.