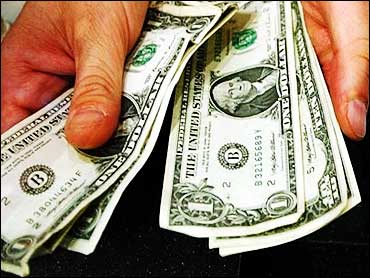 The network was allegedly a $12 million pyramid scheme in which women were invited to parties in beauty salons and suburban homes and promised the opportunity to help their community and make big money for themselves.

The Women Helping Women parties featured a lucky "birthday girl," who would receive up to $40,000 in cash from the new participants, each of whom donated up to $5,000 to get in and eventually celebrate her own "birthday." But for many women, the birthday party never came.

Four Sacramento-area women were arrested Oct. 3 on fraud and pyramid-scheme charges, and four more women were charged this week. The investigation also revealed that a candidate for district attorney in a neighboring county told partygoers the events were legal and then asked them for campaign contributions.

The parties, authorities said, were part of a pattern of pyramid schemes found in nearly every state.

"It's a cottage industry here," said Sam Thompson, spokeswoman for the New Mexico attorney general's office. "People get a hold of the paperwork, sometimes it's `The Spirit of Giving' or `Women Helping Women' or `The Dinner Party,' and they just copy part of it and start their own pyramid."

The scheme has also surfaced in Texas, where two women were arrested in 2000, and in Philadelphia, where authorities said in 2001 that a dozen women had complained about a similar network.

In Maine, the attorney general last year warned of a similar scheme that targeted men, sometimes using the names "NASCAR" or "Men's Club."

In Sacramento, the four women arrested in early October face charges that could bring five years in prison. They are Cheryl Bean, 54, former personnel officer at Pacific Bell; Anne Marie King, 47, co-owner of a Montessori school; Pamela Garibaldi, 57, a part-time English professor at a community college; and Cathy Lovely, 49, a homemaker. None has entered a plea. Four more women - two of them Garibaldi's adult daughters - turned themselves in on Wednesday and Thursday.

Detectives said the enterprise boasted of getting 10,000 women to participate in the past two years. Women Helping Women organizers told their recruits they gave 1 percent to charity, but investigators said they have not seen any evidence to support that.

According to investigators, each woman had to recruit eight others to get her $40,000. Each of those eight women then had to get another eight. Eventually the pyramid collapses, with most participants losing their money.

Authorities have not identified any of the alleged victims, and court papers do not name any of those who lost money.

Despite the charges, the four women have plenty of supporters. A cheering crowd of women greeted them in the courtroom for a hearing.

"They're genuinely good people," said Wayne Ordos, Lovely and King's attorney. "They're taxpayers, they're den mothers. This is very difficult for them."

Similar parties were held in neighboring El Dorado County, where District Attorney Gary Lacy warned his employees against participating. But one such party was attended by Deputy District Attorney Eric Schlueter; Lacy's opponent in next month's election. Schlueter acknowledged telling party participants there were legal loopholes that allowed such schemes, and he admitted soliciting campaign contributions.

"It may be a pyramid scheme," he told The Sacramento Bee newspaper. "But whether it's illegal is another matter."

Women Helping Women and other alleged pyramid schemes appeal to patriotism, religious faith or the desire to help others, and use "the idea that women are helping women, supporting each other," said Robert L. FitzPatrick, author of "False Profits," a book on pyramid schemes.

Katherine Guardipee, a 54-year-old health care worker in Browning, Mont., said she was scammed after investing $1,500 in February with the promise of $12,000. She now organizes meetings for others who were scammed.

"A lot of people feel embarrassed," she said, adding that some victims "are afraid that they'll be arrested if they go to the police."