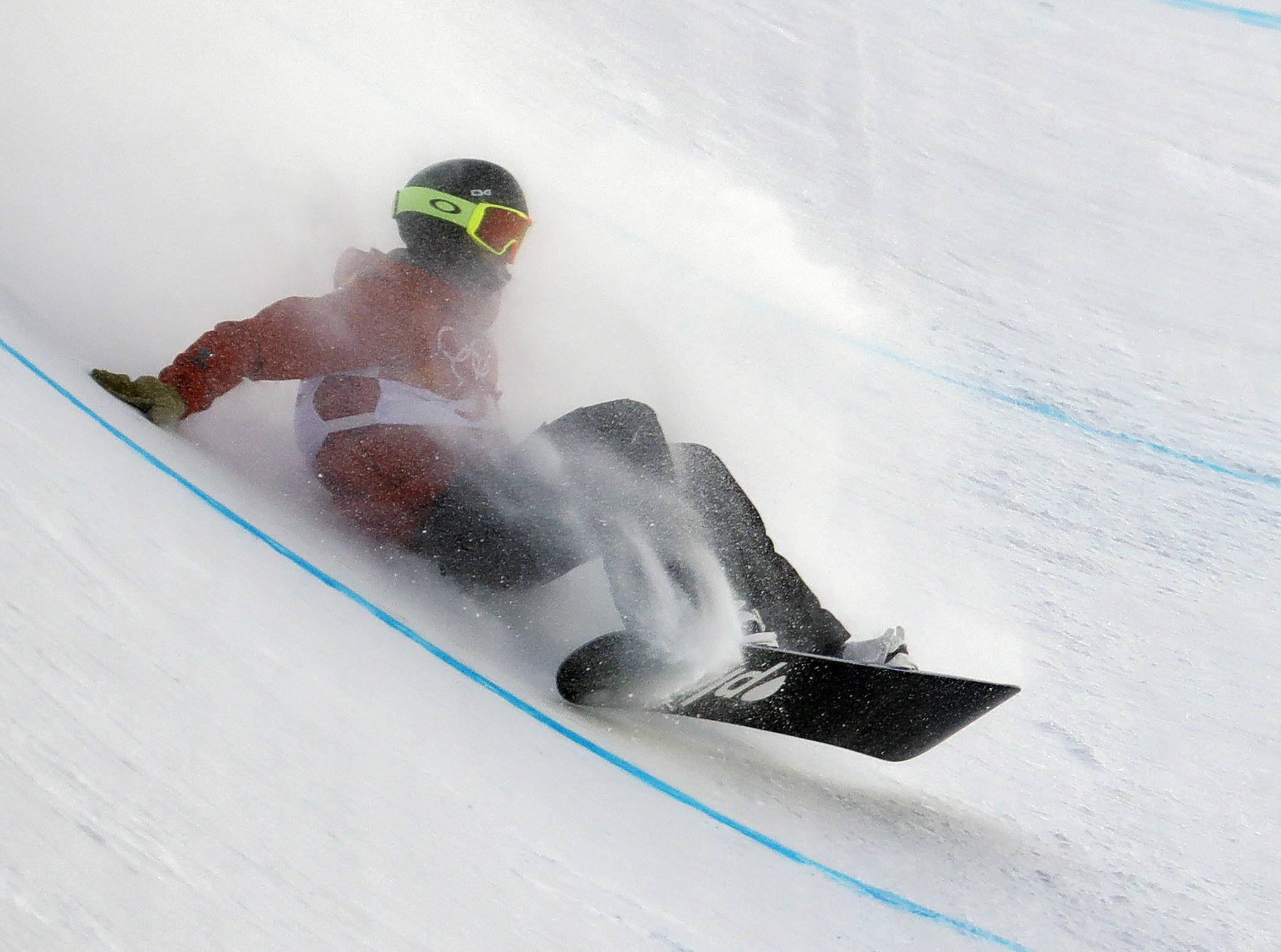 PYEONGCHANG, South Korea -- Angry snowboarders said the "dangerous" women's slopestyle final at the Pyeongchang Olympics should have been cancelled after vicious winds caused a string of crashes on Monday. Nearly all the athletes, including American winner Jamie Anderson, tumbled at some point at the frigid Phoenix Park, where strong winds forced Sunday's qualifiers to be scrapped and also delayed the final for more than an hour on Monday.

It was the latest event at the Games to be disrupted by the swirling wind, with the prestigious men's downhill skiing moved to Thursday.

None of the snowboarders suffered major injury, but the International Olympic Committee (IOC) and International Ski Federation (FIS) faced questions as to why the final was not shelved.

The FIS admitted that conditions were "challenging" but defended the decision to go ahead with the event, saying the safety of the athletes was their top priority.

Enni Rukajarvi mastered the conditions better than most and took bronze behind defending champion Anderson and Laurie Blouin of Canada, but the Finn said her achievement had been overshadowed.

"Most happy that no one got hurt really bad," she said.

Asked whether it had been the right decision to hold the event, she replied: "It wasn't. It was better in the practice, but then it got really bad, so they should have cancelled it or moved it."

The 27-year-old added: "The weather was bad and too dangerous and I got a lot of wind in my run, so that was bad, too. I had a fall and hurt my chin a little bit so it wasn't too nice."

On Sunday, 17-year-old Tess Coady, the youngest member of the Australian team in South Korea, was forced out of the Games after wrecking her left knee in training.

Coady blamed the weather and Austrian rival Anna Gasser said: "So many people got hurt because of the wind already."

Gasser, who finished 15th, called the competition "a lottery" and said: "I don't think it was a fair competition and I'm a little disappointed in the organization that they pulled through with it. From my point of view I think it was not a good show for women's snowboarding."

Britain's Aimee Fuller, who finished 17th after crashing, branded the conditions among the toughest she had competed in and said she had "no chance" of landing her last jump when she was caught by one strong gust.

"It was for sure not what I wanted, not what I expected, not what I dreamed of for my Olympic final," said the 26-year-old, who was unhurt in the fall. "There were huge gusts of wind -- I've decided to call it the Pyeongchang Gust."

Anderson, 27, became the first woman to win two Olympic snowboarding golds, despite briefly falling too in her final run.

But all the talk was about the wind, which coupled with the sub-zero temperatures made life tough for athletes and spectators.

In the build-up to competition, Britain's Katie Ormerod and teenager Coady both suffered Games-ending injuries on the slopestyle course, which features high rails and huge jumps.

Meanwhile, Norwegian Kjetil Jansrud on Tuesday called into question the "fairness" of the downhill run for the men's combined given the bad weather, Reuters reported.

"It's shortened downhill course with the wind playing its role," he said. "I wish we could have gone in fair conditions."

In a statement, winter sports' governing body said: "FIS always aims for the athletes to be able to stage their best performances, which some athletes have expressed was not the case today. But the nature of outdoor sports also requires adapting to the elements."

According to Reuters news agency, the winds were still high on Tuesday, but organizers went ahead with an adjusted downhill stage. Athletes started lower on the course, using the "blue wind line," which eliminated jumps from the race.