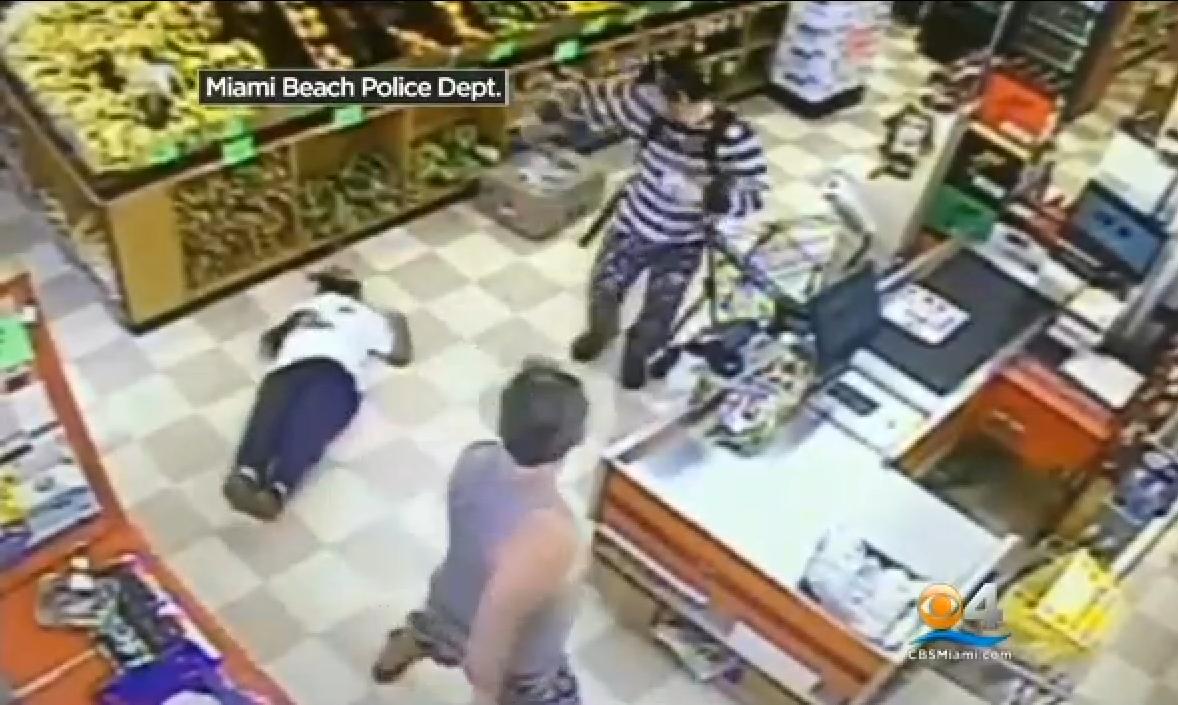 MIAMI BEACH, Fla. -- Police are searching for a man caught on surveillance camera knocking another man unconscious in an argument in a Miami Beach grocery store.

With one backhanded punch, the suspect sent Mohammed A. Hussein, 58, to the floor of the M & L Food Market. Hussein, a father of two, hit his head when he fell and is in a coma, reports CBS Miami.

Witnesses told Miami Beach Police that Hussein was standing in line on Monday, Dec. 1, when the suspect reportedly started unloading a basket full of goods on a counter reserved for small purchases.

The two men argued about which was the appropriate checkout line before Hussein was punched, according to witnesses. The assailant left the store after the incident.

Paramedics rushed an unconscious Hussein to the Ryder Medical Center, where he was diagnosed with severe brain bleeding.

Police say the suspect is around 48 years old, about six feet tall and has salt and pepper hair. Police believe the man lives near the market.

He is being sought on aggravated battery charges, but police say those charges could be upgraded if Hussein's condition worsens.