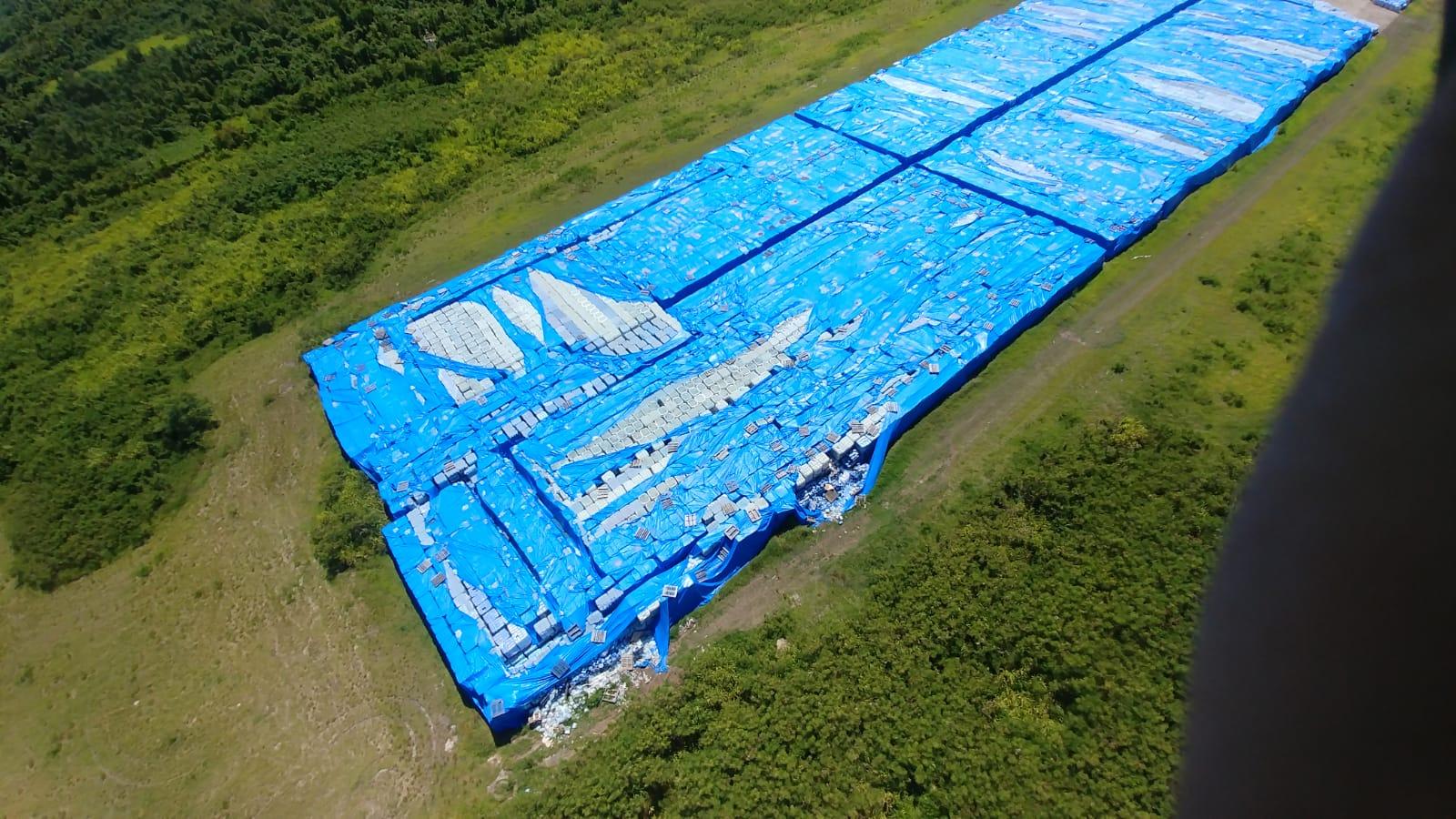 The federal government's response to Hurricane Maria is under fresh scrutiny over photos showing what appear to be millions of water bottles meant for victims still sitting on a runway in Ceiba, Puerto Rico, more than one year after the storm.

The Puerto Rican government has placed much of the blame for mismanagement of resources on the Federal Emergency Management Agency (FEMA). A senior FEMA official told CBS News' David Begnaud that "if [FEMA] put that water on that runway there will be hell to pay ... If we did that, we're going to fess up to it."

The images of huge stacks of bottled water began circulating on social media Tuesday, the same day President Trump called the government's response to Maria an "unsung success" during a meeting on hurricane preparedness in the Oval Office. Nearly 3,000 people died in Puerto Rico because of the storm.

The photos were taken by Abdiel Santana, who works with the United Forces of Rapid Action agency of the Puerto Rican Police. Santana said he snapped the photos because he was angry to still see them sitting there, nearly a year after he first spotted them. Santana told CBS News he took pictures of the bottles last fall, but has not provided those photos yet.

Marty Bahamonde, director of disaster operations at FEMA, confirmed that the agency delivered the bottled water to the island but said the agency didn't track specific shipments. It's not clear what became of the bottles after the delivery. FEMA is investigating whether or not the agency placed the water bottles on the runway.

Carlos Mercader, the executive director of the Puerto Rico Federal Affairs Administration, outlined in a statement what he saw as FEMA's missteps in handling the water bottles. Mercader said FEMA should have distributed the water to victims on the island, since they were in the agency's possession. He said the runway in Ceiba is federally managed land, and that FEMA should have deemed the water bottles "excess inventory" months ago.

The General Services Administration in Puerto Rico (GSA) says it requested FEMA's inventory of excess water through a federal program on April 17 and was given approval to use the supplies on April 26. In total, documents show the GSA claimed about 20,000 pallets of bottled water.

The GSA administrator for Puerto Rico, Ottmar Chávez, said FEMA reported it had the excess bottled water before he took control. Chávez said he only became aware of the bottled water on Tuesday and does not know why it is there, how it got there or how long it has been there. He now says he would like FEMA to take responsibility for the water, because his agency has received two complaints about the taste and smell of the water.

Barceloneta is one of the municipalities that complained about the taste and odor of the water. Mayor Wanda Soler Rosario office said her office was "surprised by the reports" and denied having ever made a complaint. "I want to clarify that at no time was any verbal or written information submitted that represented a complaint about the water we received," Rosario said in a statement to CBS News.

Chávez, the GSA administrator, said he was in contact with FEMA and the Department of Health to test the water.

Puerto Rico's governor last month raised the U.S. territory's official death toll from Hurricane Maria from 64 to 2,975. The storm, which devastated the territory last September, is also estimated to have caused $100 billion in damage.

Below is the full statement from Mercader, the executive director of the Puerto Rico Federal Affairs Administration: