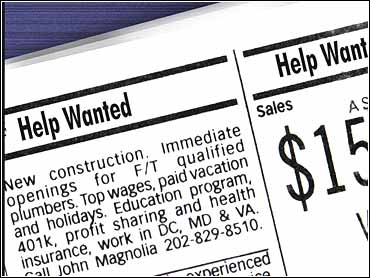 President Bush plans to subject as many as 850,000 federal jobs to competition from the private sector, administration officials said Thursday, a sweeping reform long sought by Republicans and stiffly opposed by labor unions.

Nearly half of the government's civilian work force could be affected by the plan to be published in the Federal Register on Friday. After a 30-day public review period, Mr. Bush can impose the new rules without congressional approval.

"This is inherent to getting the taxpayers the best deal for their dollars and the best service from the government," said Trent Duffy, spokesman for the Office of Management and Budget.

The President and his fellow Republicans have long favored opening public sector jobs to competition from outside government. They argue that competitive bidding will force government bureaucracies to improve service and lower costs - or lose business to the private sector.

Public employee unions are expected to fight the proposal, which could cost their rank and file jobs.

The proposal comes at the heels of last week's GOP victories in congressional elections, which emboldened Mr. Bush and his agenda. The White House is poised to beat back union opposition to another administration initiative, this one in Congress: the creation of the Homeland Security Department.

Current federal rules allow for public-private competition, administration officials say, but the regulations are so cumbersome that private firms are often reluctant to seek government contracts.

Under the plan, "commercial activities" conducted by the government - from lawn mowing to hanging drywall and secretarial work - will be open to competition. There are 850,000 such jobs in the federal work force. Mr. Bush has set a goal of putting 50 percent of those jobs up for grabs in the first stage of the plan, officials said, with the intention of eventually opening the total 850,000 to competition.

Traditional high-ranking government positions would not be subject to the proposal, according to administration officials who outlined the proposal.

One reform would encourage agencies to complete competitive bid reviews within a year. Under current rules, the competitive bid process can take four years - a delay that scares off private sector bids, officials said.

Rules under which the government buys goods and services will be streamlined to allow for more competitive bidding, officials said.

The Government Accounting Office has determined that public-private competition will save taxpayers 30 percent on each contract.

Expecting opposition from public employees unions, administration officials argue that the initiative would encourage unions to compete and win contracts; it does not mandate that the private sector takeover the jobs.

Bush picked this new fight with federal unions one day after it became clear that he had won another battle with them. With Republicans ready to take full control of Congress, Democrats were largely abandoning their demands for union protections at the new Department of Homeland Security.

The House easily passed a bill that would establish the department on Wednesday, and the Senate was ready to follow suit.