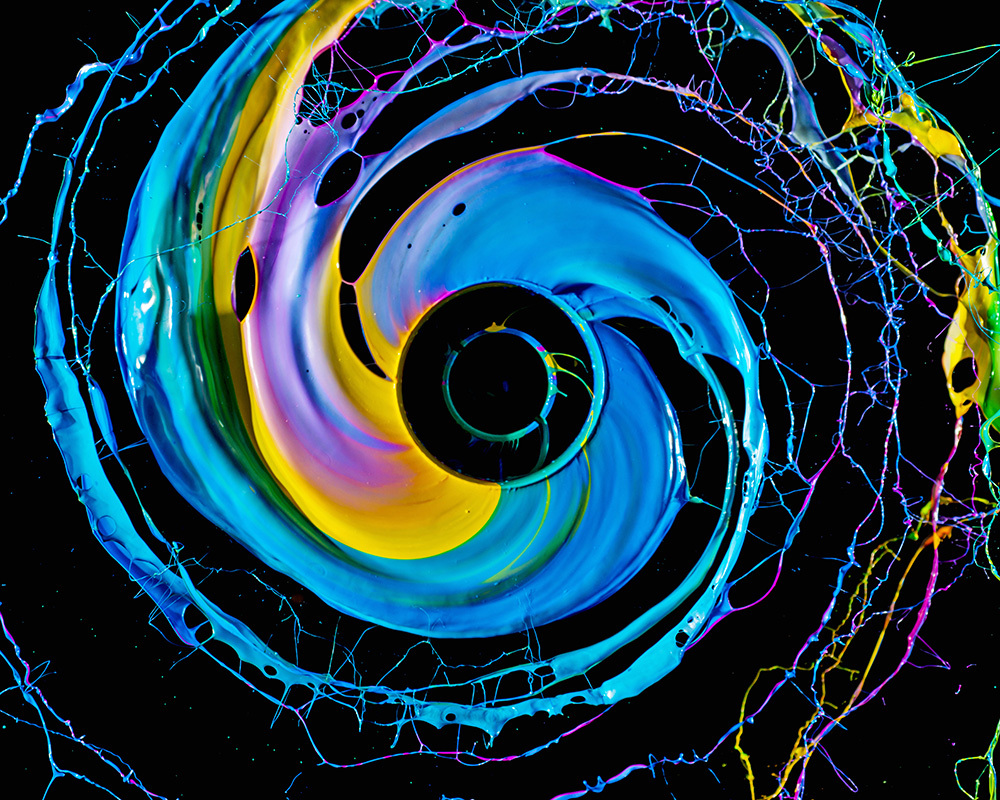 Swiss photographer Fabian Oefner is determined to the link the worlds of art and science together.

"If you look at science, science is a very rational approach, whereas art on the other hand is usually an emotional approach to its surroundings," he said during a June TED talk. "What I'm trying to do is bring those two images into one so that my images speak to the viewer's heart but also to the viewer's brain."

Oefner left the TED audience mesmerized with images and videos of his three latest projects. TEDGlobal is a conference that brings together the world's most innovative minds.

First, he explained how he made sound waves visible. After placing a thin piece of tin foil over an ordinary speaker, he poured tiny crystals onto the foil. Playing sound through the speaker caused the crystals to jump -- but it happens faster than the blink of an eye. He recorded the experiment with a camera that shoots 3,000 frames per second.

In the next project, he used psychedelic colors to explain magnetism. He poured feral liquid, a dark, oily, liquid that contains tiny shards of metal, onto a magnet. Feral liquid is magnetic, so it quickly formed in a spiky lump. It is also hydrophobic, which means it doesn't mix with water. So, when Oefner poured colored water onto the feral liquid, the water spread out into tiny little canals. The resulting images look like a psychedelic slice of a brain.

In his final project, he poured whiskey into a large bottle, then dropped in a match. The resulting burst of fire is gone in a flash -- but stopped in time, the image resembles a smoky head of cauliflower.

"Those three projects are based on very simple scientific phenomena, such as magnetism, sound waves, the physical properties of a substance," Oefner said. "What I'm trying to do is show them in a poetic and unseen way, and therefore invite the viewer to pause for a moment and think about all the beauty that is constantly surrounding us."