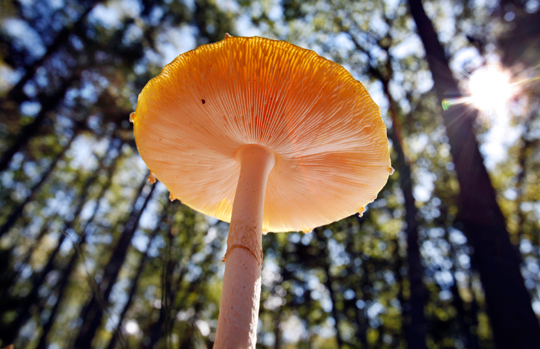 The finding comes from a review of small-scale and preliminary studies conducted recently in the United States, Canada and Europe, all of which await follow-up.

These preliminary results show that "in the right context, these drugs can help people a lot, especially people who have disorders that we generally treat poorly, such as end-of-life distress, PTSD, and addiction issues involving tobacco or alcohol," said study co-author Matthew Johnson. Johnson is an associate professor in the department of psychiatry and behavioral sciences at the Johns Hopkins University School of Medicine in Baltimore.

The research Johnson and his colleagues point to includes a 2008 study that found that psilocybin-assisted psychotherapy resulted in lower anxiety and improved mood, without negative side effects. Psilocybin is the hallucinogenic compound in "magic mushrooms."

And a Swiss study published last year looked at LSD's effect on terminally ill patients who were battling anxiety. Two months after two LSD-enhanced psychotherapy sessions, the patients experienced "significant" reductions in some forms of anxiety, a benefit that endured one year out, without long-lasting side effects.

Despite these findings, Johnson cautioned, "people should not go out on their own to treat themselves with these drugs. These drugs need to be researched according to a strict regulatory process, the same as you would develop any drug."

The notion that "street drugs" might successfully treat serious mental illness flies in the face of the widely held perception that psychedelics are dangerous. It also represents a dramatic turnaround from earlier research -- much of it conducted in the counter-culture heyday of the 1960s -- that was largely discredited by the medical community.

Besides LSD and psilocybin, the drugs examined in the new review included mescaline; DMT, the common name for the hallucinogenic drug dimethyltryptamine; and the mood-elevating drug MDMA, or methylenedioxy-methamphetamine, also known as Ecstasy or Molly.

This fresh look at psychedelics should be viewed as an attempt to "further our understanding of how the brain works," suggested Dr. Jeffrey Borenstein, president of the Brain & Behavior Research Foundation in New York City. Borenstein wasn't involved in the research.

"We certainly have to be careful," he said. "Some of these drugs clearly have the potential for misuse and addiction. But there may be aspects that perhaps have a potential benefit, particularly if we could find a way to isolate their helpful mechanisms of action."

For example, this might mean finding a way to separate and deploy a drug's therapeutic antidepressant effect, without the negative impact of, say, dislocation or hallucination, he said.

"To my mind, if working with these agents can lead to new approaches to treat serious conditions, that is all to the good," Borenstein added. "While we currently have some effective methods of treatment for a number of these conditions, we are always looking for improvement."

The findings are published in the Sept. 8 issue of CMAJ (Canadian Medical Association Journal).

Other studies mentioned in the review include one that found that psilocybin helped 12 out of 15 smokers kick their tobacco habit by the six-month post-treatment mark.

In another, more than 80 percent of PTSD patients who underwent two-sessions of psychotherapy coupled with MDMA experienced a more than 30 percent drop in the severity of their symptoms, compared with 25 percent of those who didn't take MDMA. The benefits held up for nearly three-quarters of the patients three and half years out.

And researchers studying alcoholism in New Mexico found that coupling "motivational enhancement therapy" with magic mushrooms halved heavy drinking without any significant or long-lasting side effects.

"The biological and psychological evidence seems to show that these drugs can have a unique effect on altering the patient's subjective experience in a very powerful and meaningful way," said Johnson. He added the drugs "can help people who are in a very difficult place psychologically break out and get unstuck."

However, he added, "these are experiences that happen in a psycho-therapeutic context, which is critical to increasing the chances for a life-changing positive experience without any long-term harmful effects."