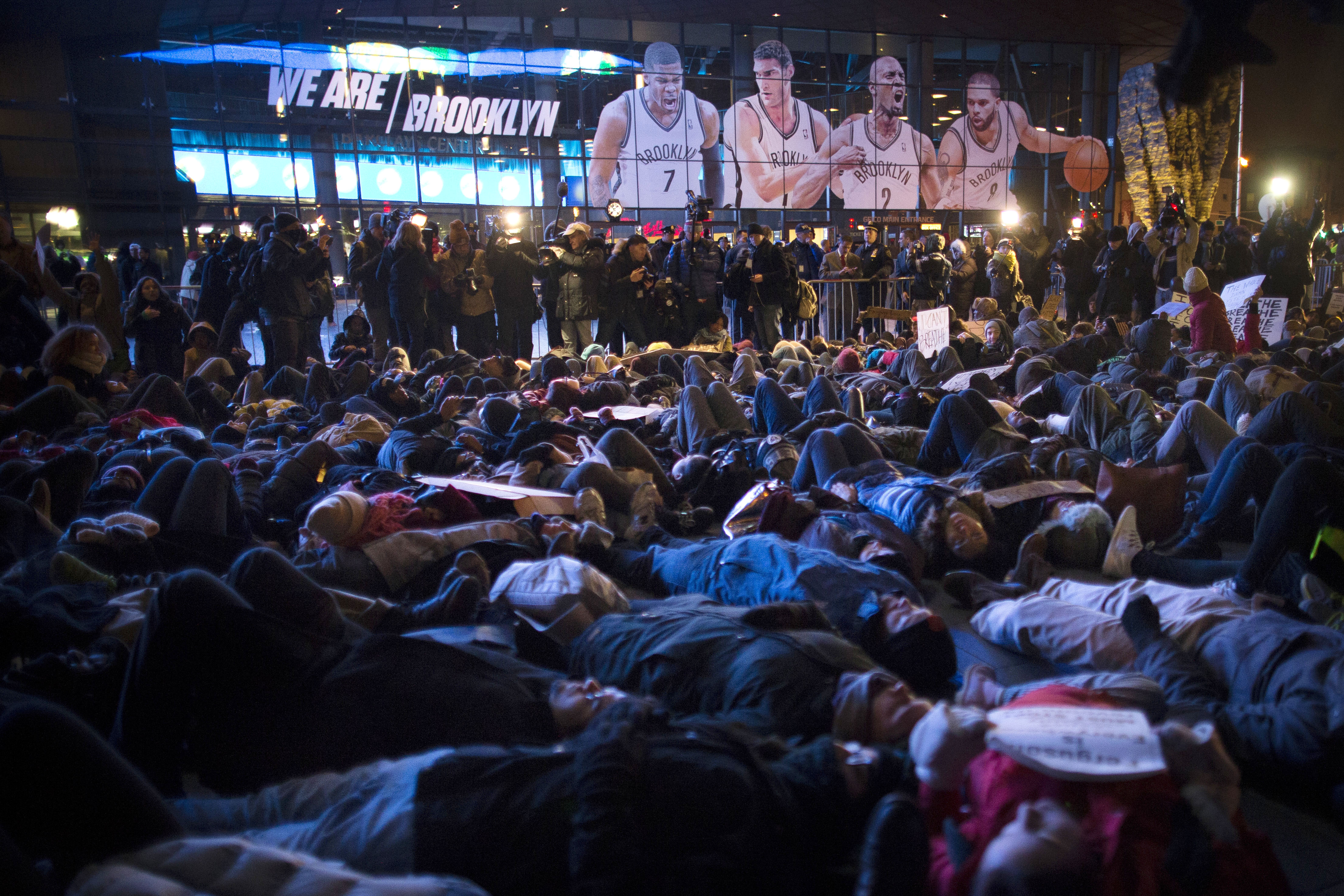 Thousands of protesters have taken to the streets of New York, as they have in most every major American city, to voice their frustrations over the death of Garner as well as Michael Brown in Ferguson, Mo., and others who have died at the hands of police.

Prior the game's start, the demonstrators staged a "die-in" in front of the arena, near Downtown Brooklyn. Some wore t-shirts with the "I Can't Breathe" protest slogan on them, signifying Garner's last words. Others wore tiaras, anticipating the royal couple's arrival, CBS New York reported.

The protesters said they hoped to take some of the spotlight from the royal couple.

"We want attention and right now this seems to be the biggest attention spot in the city," one protester said.

"If they could come out for this, like so many athletes have over this past week, using that platform to support a good cause can always be helpful to what we're doing," she told CBS New York.

The couple who arrived at the game during the third quarter, attended the game Monday night with no reported incidents.

Will and Kate have been in the United States since Sunday. The Duke of Cambridge went to Washington to meet with President Obama, while the Duchess went to Harlem with New York's First Lady Chirlane McCray.

There have been other protests against the Garner decision through the day, including the stoppage of cars on the Staten Island Expressway and they are among several throughout the city on major arteries and highly trafficked areas.

Even players in Monday night's game showed solidarity with the protesters just outside of the arena. The Cavaliers' LeBron James and Kyrie Irving as well as the Nets' Deron Williams, Kevin Garnett and others wore t-shirts with "I Can't Breathe" written on them.

The demonstrations disbanded shortly after the end of the game, which the Nets lost to Cleveland, 110-88.

Eric Garner, died July 17 after a police officer placed him in a chokehold when he was being arrested for allegedly selling loose, untaxed cigarettes. A grand jury decided not to indict New York police officer Daniel Pantaleo in Garner's death sparking off nationwide protests, which followed other demonstrations in the wake of a similar grand jury decision on the death of Brown.