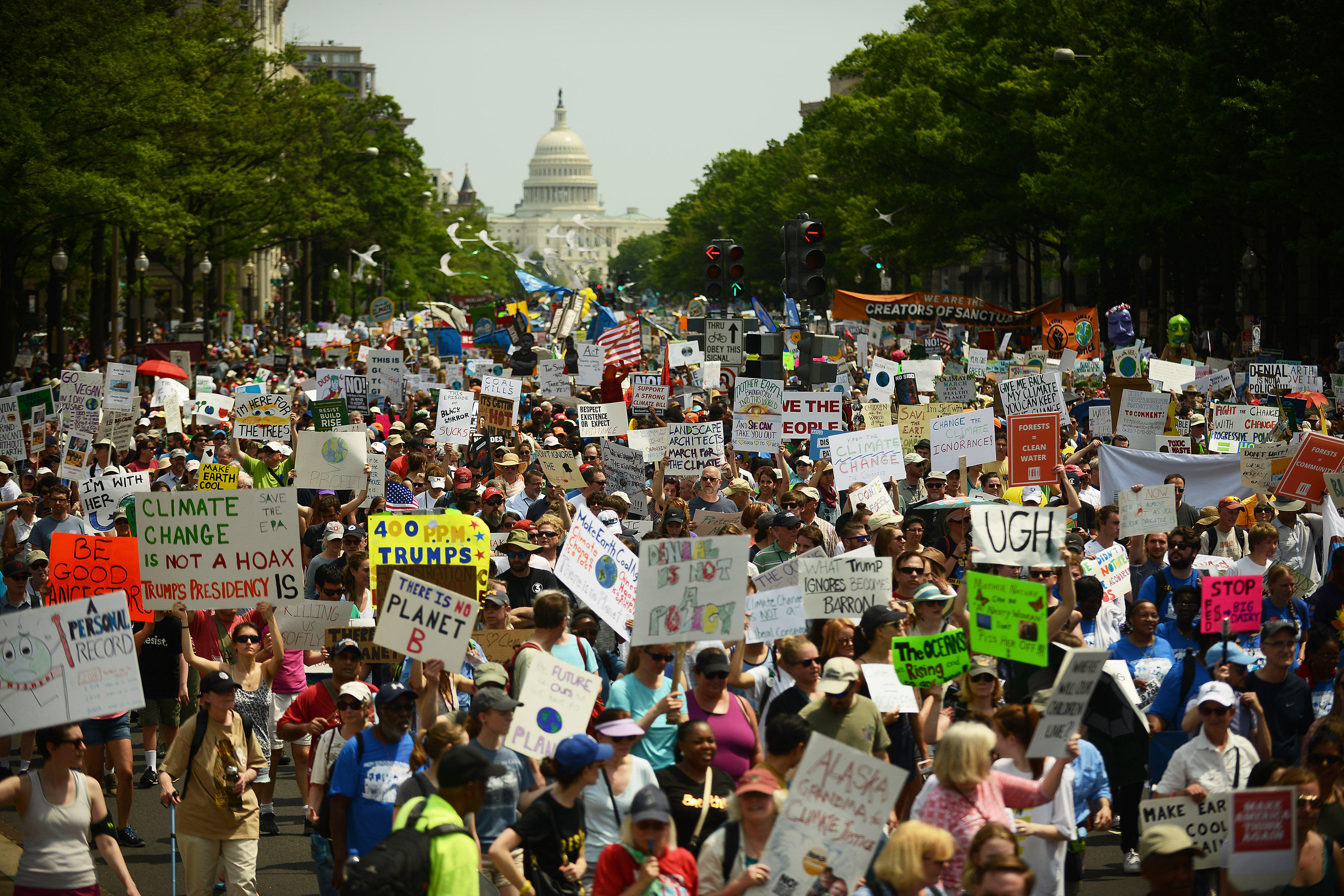 WASHINGTON -- Thousands of people have gathered in sweltering heat in the nation's capital to demand more action to fight climate change and protect the environment.

Saturday's demonstration in Washington coincided with similar protests around the country in what is being called the People's Climate March.

Demonstrators in Washington started their march near the Capitol and slowly made their way to the White House.

In Boston, protesters rallied at the Boston Common on Saturday afternoon.

Organizers and participants focused on how climate change affects all communities, including marginalized groups. Protesters carried signs that read: "We won't go back," ''Science Trump's Ignorance," and "Dump Trump."

Bethel AME Church Rev. Mariama White-Hammond told the crowd "there is no Planet B."

In Denver, people and a few snowmen held signs in Civic Center Park across from city hall during a rally after marching near the state Capitol. About a dozen people rode stationary bikes to power the loudspeakers.

Some booed when a speaker noted the Trump milestone but the overall mood was laid back.

Fifty-eight-year-old Bobbie Richardson says she traveled from a mountain community about 30 miles away partly because she was afraid some others would not come because of the weather.

The protests coincide with President Donald Trump's 100th day in office and take aim at his environmental policies.

The Environmental Protection Agency sought to put the legal fight on hold after Trump signed an executive order to roll back the plan.