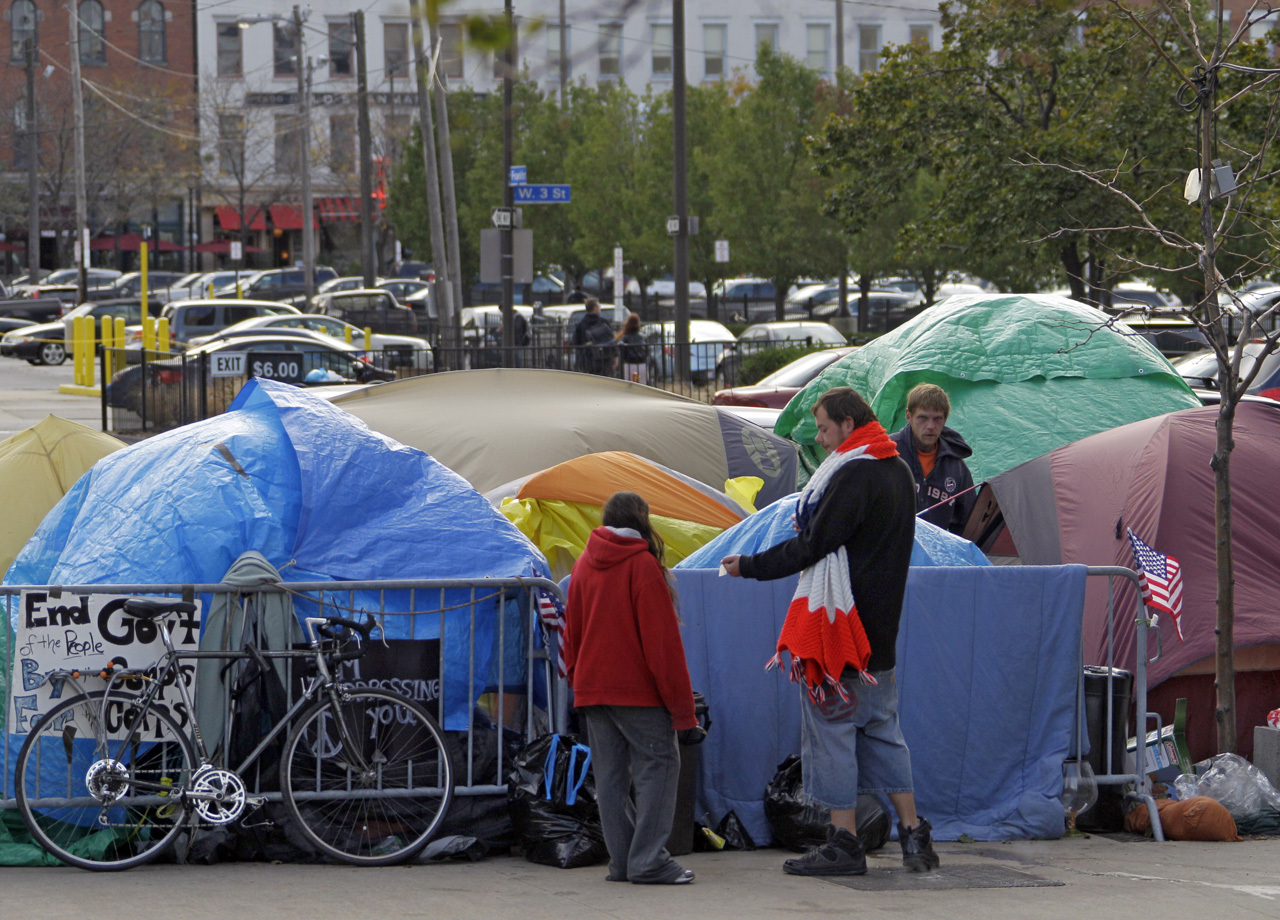 According to police reports, the 19-year-old student was instructed by "Occupy Cleveland" personnel to "share a tent with the suspect due to a shortage of tents."

The suspect identified himself as "Leland" to the woman. The woman told police that after she thought the suspect went to sleep in his own bed, she slept in a sleeping bag provided to her by the rally, reports CBS station WOIO.

The student then went to school Monday and told a teacher about her sexual assault incident, which is now being classified as a "kidnapping/rape." This prompted the teacher to immediately contact the authorities.

"Occupy Cleveland" is one of many movements taking place nationwide in the wake of "Occupy Wall Street," which is protesting against corporate greed.