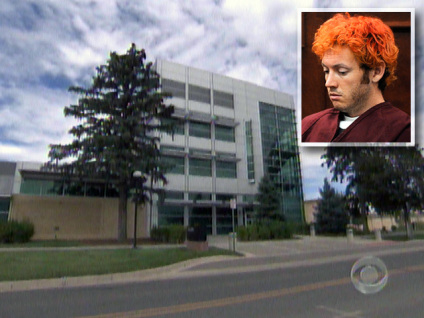 (CBS/AP) CENTENNIAL, Colo. - A judge in the Colorado theater shooting case has ordered that some of the suspect's educational records be released to prosecutors.

At a hearing last week, prosecutors argued they needed copies of some 100 pages of educational records subpoenaed from the University of Colorado, where suspect James Holmes had been a neuroscience doctoral candidate.

Prosecutors say the documents are needed to build a case that would establish a motive for the July 20 shooting that killed 12 people and injured 58 others.

Attorneys for the state say that Holmes made threats, failed a key exam and had been encouraged by professors to seek another line of work in the weeks prior to the shooting. University of Colorado Denver spokesperson Jacque Montgomery said his student ID was invalidated after he left the program in June.

"What's going on in the defendant's life at the time is extremely relevant to this case," said Chief District Attorney Karen Pearson in a hearing last week.

Defense attorneys objected to the release of the records, calling the prosecution's request a "fishing expedition that needs to be stopped."

The education records are another snippet of information being released in a case where most documents have been sealed by the court. CBS News and The Associated Press were among 21 news organizations who asked the judge to lift the gag order -- including an arrest affidavit that outlines law enforcement's case against Holmes -- in the case earlier this month, but he refused the motion in mid-August.