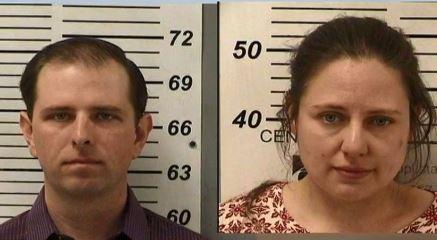 DEFIANCE, Ohio — Authorities say the Ohio parents and paternal grandparents of a newborn whose body was found in a plastic container a year and a half after he died have been indicted.

Fifty-eight-year-old Steven Stark and 56-year-old Sheryl Stark have been charged with gross abuse of a corpse.

The prosecutor in western Ohio's Defiance County says the baby was born at his parents' home in October 2016 and died 10 hours later. Prosecutor Morris Murray says the infant's body was placed in a plastic container stored in another building on the property.

It's not clear how the child died, but CBS affiliate WANE reports Sarah Stark and Jared Stark failed to seek proper medical attention for him. Their religious beliefs may have played a role, the station reports.

Court documents obtained by WANE say Jared Stark moved the baby's decaying body from room to room before eventually placing it in the plastic storage container and moved it to a barn where animals were housed.

The elder Starks allegedly helped, and "treated the deceased child's remains in a manner that would outrage reasonable community sensibilities" over the year and a half they allegedly kept the body, Murray told the station.

Another child in the home, a toddler, was at risk because of ongoing exposure to the corpse, the station reports.

Court records don't indicate whether the four have attorneys.