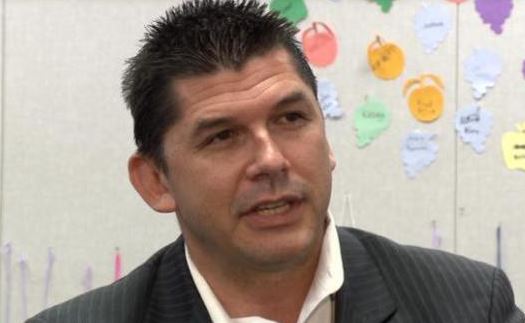 SILVER LAKE, Calif. -- Authorities say a California mayor was arrested after an FBI search of his cellphone turned up an audio recording of a strip poker game at a youth camp last year.

CBS Sacramento reported that Anthony Silva was arrested while attending a youth camp he hosts for underprivileged kids at the Silver Lake campground in Amador County. He was arrested by FBI at the camp with the help of the Amador County District Attorney's Office.

According to the Amador County District Attorney's Office, Silva's cellphone was seized by the FBI and investigators zeroed in on four videos and 23 photos, CBS Sacramento reported. The clips were apparently taken during Silva's 2015 youth camp at Silver Lake.

In a press release by the DA, investigators describe what was discovered on one video clip:

"In one of the video clips, it appeared that moments after the video began, the phone was set down, darkening the camera lens and thus only containing audio. That clip contains audio of a conversation between participants involved in a strip poker game that occurred in Silva's bedroom. The conversation between the participants indicated that they were naked. One of the participants was a 16 year old male. The audio of the surreptitious recording clearly indicates that the participants did not want to be recorded. Witnesses also informed FBI agents that Silva provided alcohol to the participants, all of whom were underage, including a minor. Witnesses stated that Silva had supplied alcohol and made it available to a number of underage counselors at camp."

Silva was charged with felony recording of confidential communications and misdemeanor counts of furnishing alcohol to a minor, contributing to the delinquency of a minor and child endangerment.

Allen Sawyer, an attorney for Silva, said his client denies the charges. Sawyer later said he had not discussed details of the charges with his client.

Councilman Dan Wright laid out his thoughts on Silva's arrest:

The DA's office goes on to say that Silva is suspected of also taping a conversation he had with a City of Stockton employee without their consent.

A witness also alleges that Silva has cameras installed in his bedroom and at the Stockton Kid's Club, the DA's office said.

As a result of Silva's arrest at his 2016 iteration of the youth camp, the City of Stockton said their parks and recreation department is on their way to take over the camp.

The camp will continue normally until the bus comes tomorrow, the city said, but some parents are reportedly on their way to pick their children up.