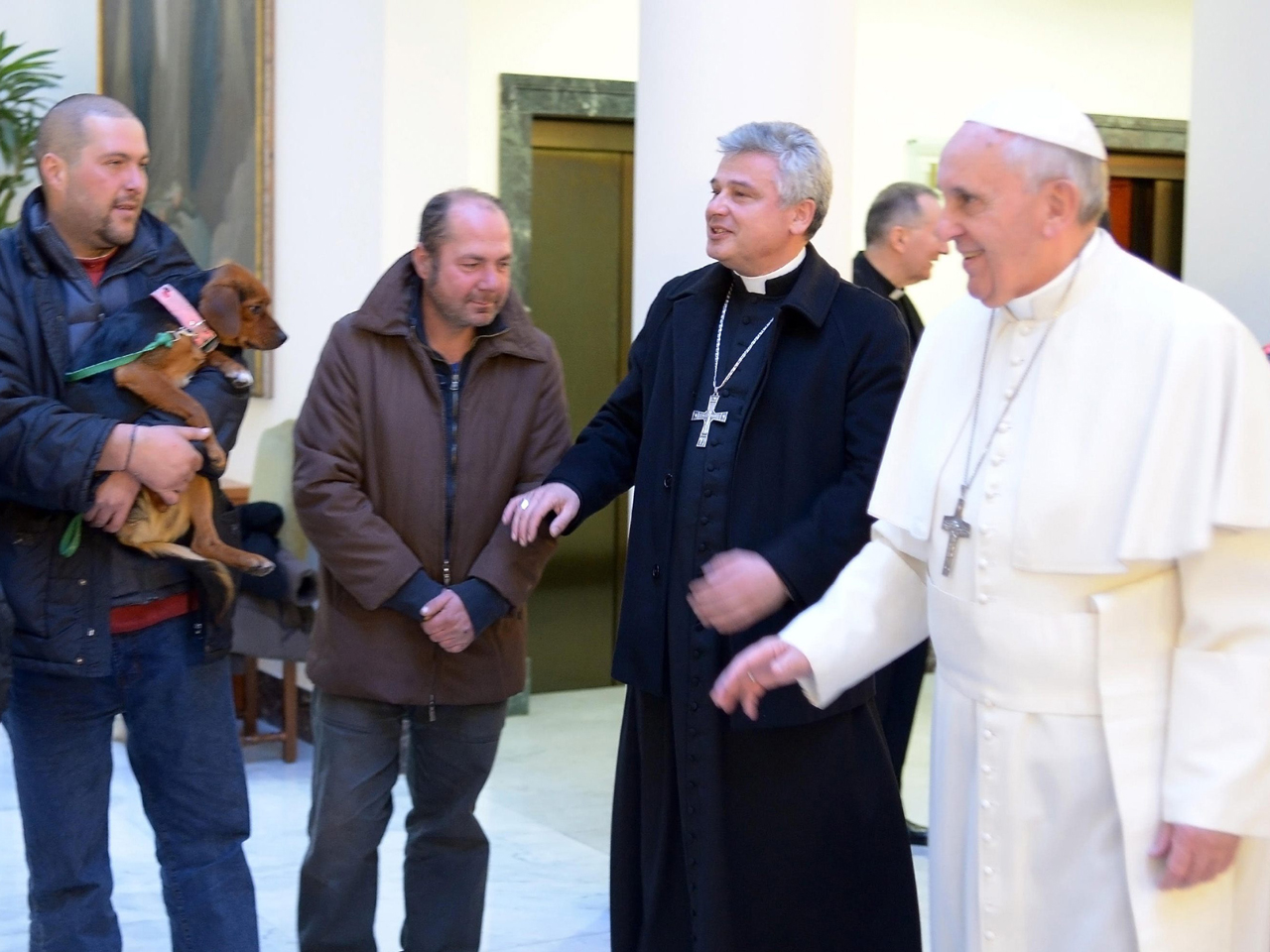 VATICAN CITY - The oldest gay rights magazine in the United States named Pope Francis its "Person of the Year" as the pontiff marked his 77th birthday on Tuesday by inviting homeless people to join him for breakfast in the Vatican.

The Advocate magazine said it gave Francis the honor because, although he is still against homosexual marriage, his pontificate so far had shown "a stark change in (anti-gay) rhetoric from his two predecessors".

It hailed as a landmark his famous response last July to a reporter who asked about gay people in the Church: "If a person is gay and seeks God and has good will, who am I to judge?"

The Advocate noted that the Catholic gay organization "Equally Blessed" called the phrase "some of the most encouraging words a pontiff has ever spoken about gay and lesbian people".

The Vatican has stressed the pope's words did not change Church teachings that homosexual tendencies are not sinful but homosexual acts are.

Still, the gay community and many heterosexuals in the Church have welcomed what they see as a shift in emphasis and a call for the Church to be more compassionate and less condemning.

The Advocate said no-one should "underestimate any pope's capacity for persuading hearts and minds in opening to LGBT (lesbian, gay, bisexual and transsexual) people".

Last week, Time magazine gave Francis the same honor, crediting him with shifting the message of the Catholic Church towards mercy and away from condemnation while capturing the imagination of millions.

The Vatican said the pope, the former Cardinal Jorge Mario of Argentina, marked his 77th birthday with his customary morning Mass in the guest house where he has opted to live instead of spacious papal apartments used by his predecessors.

Four homeless people who live on the streets near the Vatican were invited to take part by a Vatican official who administers the pope's charity and stayed for breakfast with the pope and his aides, the Vatican said.