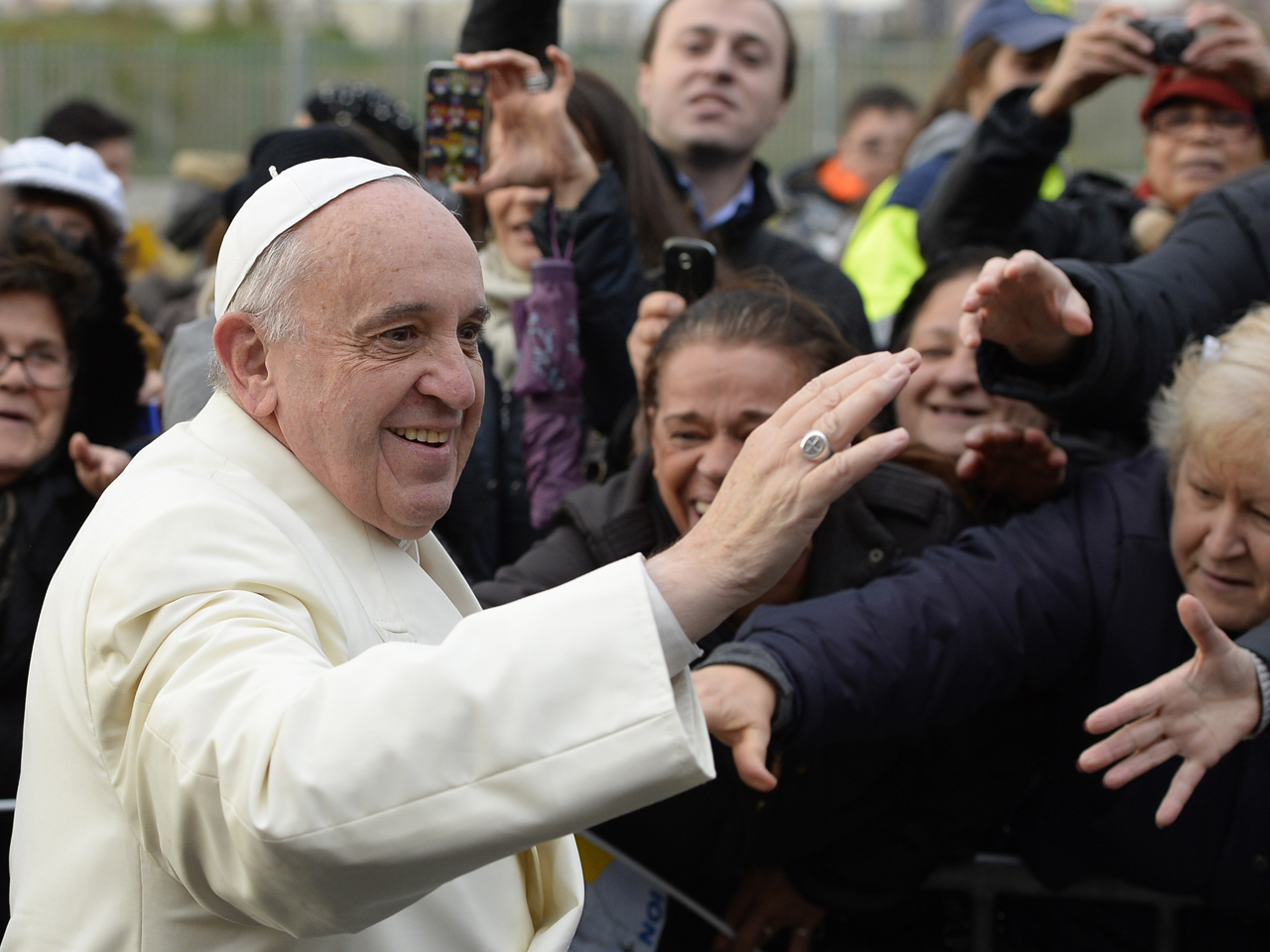 Cardinal Timothy Dolan, Archbishop of New York, called it “The Pope Francis effect”; Catholics aren’t just returning to the Church after years of scandals and combative culture wars, but millions everywhere, Catholics and non-Catholics alike, are talking about what the former Archbishop Jorge Mario Bergoglio is doing and saying since he ascended to lead the world’s largest religious institution earlier this year.

In the last week alone, Pope Francis has given the world plenty of reason to pay attention.

On Monday, the pope departed from his scripted remarks to a group of bishops in the Netherlands to talk about sexual abuse.

The pope said: "I wish to express my compassion and to ensure my closeness in prayer to every victim of sexual abuse, and to their families. I ask you to continue to support them along the painful path of healing, that they have undertaken with courage."

Those remarks came just days after he revealed to parishioners in a church near Rome that he had a job as a bouncer during his youth in Argentina, joking that now his job is to bring people into the fold, not kick them out.

To that end, Pope Francis has taken a rather populist tone, and, if the rumors are to be believed, he has acted on it too.

He has talked often about the Church’s obligation in helping the poor, and has beefed up the post of “Almoner of His Holiness” – a centuries-old position that involves distributing money from the Holy See to the poor and marginalized.

In interviews last week with Vatican journalists, the man currently occupying that slot, Archbishop Konrad Krajewski, said he has been ordered to go out on the streets of Rome and help the poor and homeless directly. When asked whether Pope Francis ever accompanied him, something he famously did often while Archbishop of Buenos Aires, Krajewski deflected, saying, “Next question, please.”

"When I say to him 'I'm going out into the city this evening', there's the constant risk that he will come with me," the Polish cardinal said, according to the Irish Independent newspaper. "That's what he's like – at the beginning (of his papacy) he didn't think of the awkwardness that he might create.”

Much of the pope’s thinking on this and other subjects was laid out last week when he released "Evangeli Gaudium" or "The Joy of the Gospel," an 85-page document outlining instructions, philosophy and admonitions that are going to guide how he will reshape the Catholic Church while he is in charge.

In it, the pope talked about elevating women to greater roles within the church, and he even took a direct shot at modern capitalism, “the idolatry of money,” and “trickle-down theories” of economics, calling them “a new tyranny.”

For some conservatives who have long looked to the Catholic Church as a spiritual anchor to their theories and ideals, the new pope’s words and actions have been difficult to reconcile.

Rush Limbaugh called his economic ideas in "Evangeli Gaudium" "dramatically, embarrassingly, puzzlingly wrong," and even labeled them “Marxist,” which has lead to some amusing Internet responses.

Other conservatives in the U.S. feel left out by his message. Bridget Kurt, a hospice community educator in Georgia, told the New York Times: “It seems he’s focusing on bringing back the left that’s fallen away, but what about the conservatives? Even when it was discouraging working in pro-life, you always felt like Mother Teresa was on your side and the popes were encouraging you. Now I feel kind of thrown under the bus.”

Despite appearances, the new pope has not altered fundamental Church doctrine; it is still anti-abortion and opposed to same-sex marriage. Instead, Pope Francis has focused more on populist messaging and the pastoral aspects of his faith, saying there has been in the past too much focus on hot-button social issues. Whether he is doing this to appeal to believers or non-believers -- or both -- in a time of waning religiosity is unclear.

D. Michael Lindsay, president of the evangelical Gordon College and an expert in religious leadership, recently told The Washington Post: “I think he’s in­cred­ibly strategic. I think this pope perhaps understands better than any religious leader of our day how important symbolic action is. I think he’s trying to recapture the charismatic authority” of the Catholic Church.

The changes to the papacy are likely to only increase in size and scope. He has begun laying the foundation for what could become a dramatically new Roman Curia, which is the name of the administration that runs the Vatican, a body he recently called “narcissistic.”

Father Federico Lombardi, the Vatican spokesman, told reporters on Tuesday: "The idea is not small or marginal changes, but that of a consistent revision of the apostolic constitution, to the point that a completely new constitution on the Roman Curia is expected."