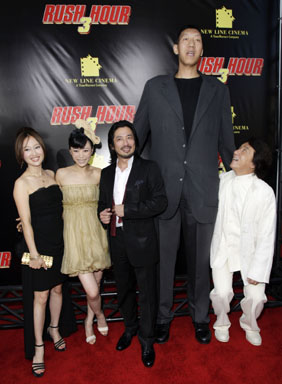 Sources tell CBS News that the afternoon before the attack, alarm bells were sounding over unusual trading in the U.S. stock options market.

An extraordinary number of trades were betting that American Airlines stock price would fall.

The trades are called "puts" and they involved at least 450,000 shares of American. But what raised the red flag is more than 80 percent of the orders were "puts", far outnumbering "call" options, those betting the stock would rise.

Sources say they have never seen that kind of imbalance before, reports CBS News Correspondent Sharyl Attkisson. Normally the numbers are fairly even.

After the terrorist attacks, American Airline stock price did fall obviously by 39 percent, and according to sources, that translated into well over $5 million total profit for the person or persons who bet the stock would fall.

Read more about
the investigation.
Sources tell 60 Minutes that the initial options were bought through at least two brokerage firms including NFS, a subsidiary of Fidelity Brokerage, and TD Waterhouse, a discount firm.

TD Waterhouse says they handled approximately 3 percent of the initial orders for "puts" on American Airline stock. The company says it has looked at the orders and has determined no evidence of any suspicious activity.

At least one Wall Street firm reported their suspicions about this activity to the SEC shortly after the attack.

The same thing happened with United Airlines on the Chicago Board Options Exchange four days before the attack. An extremely unbalanced number of trades betting United's stock price would fall — also transformed into huge profits when it did after the hijackings.

"We can directly work backwards from a trade on the floor of the Chicago Board Options Exchange. The trader is linked to a brokerage firm. The brokerage firm received the order to buy that 'put' option from either someone within a brokerage firm speculating, or from one of the customers," said Randall Dodd of the Economic Strategy Institute.

U.S. investigators want to know whether Osama bin Laden was the ultimate "inside trader" — profiting from a tragedy he's suspected of masterminding to finance his operation. Authorities are also investigating possibly suspicious trading in Germany, Switzerland, Italy and Japan.

There's always the danger that the stock trail stops at the water's edge if the money came from banks in countries that don't cooperate with the United States. But insider trading is always motivated by greed, and a senior Wall Street executive noted it would be ironic if the terrorists' greed ended up providing one of the most promising leads investigators have.