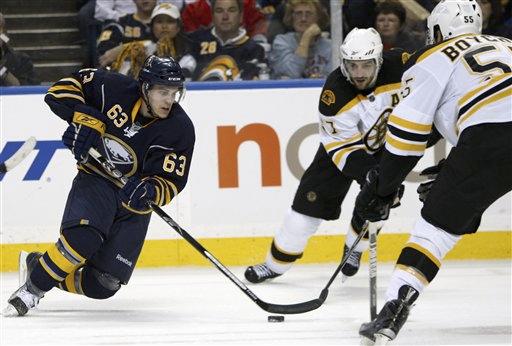 An ultra-radical Islamic ideology mixing zealous devotion and holy war creed is drawing more scrutiny in anti-terrorist probes from the Middle East to Europe — with increasing indications that its base on the fringes of Islamic extremism could be widening.

In existence since the 1960s, el-Takfir wa el-Hijra has offered intellectual inspiration to al Qaeda and other militant groups. But authorities now worry about followers becoming more aggressive with recruitment and retaliation against perceived foes of Islam, such as Dutch filmmaker Theo Van Gogh.

Officials in the Netherlands say the Dutch-Moroccan suspect — accused of killing Van Gogh on a busy Amsterdam street earlier this month — hosted gatherings of immigrants influenced by the Egyptian-founded Takfir ideology, which strives for a purified form of Islam and condemns anything or anyone deemed an enemy of the faith.

The "spiritual leader" of the Amsterdam meetings, officials say, was Syrian-born Redouan al-Issar, who has apparently fled the Netherlands. Authorities allege he had contacts with suspects linked to May 2003 suicide bombings in Casablanca, Morocco, that killed 33 people.

"They place their own actions in terms of jihad (holy war)," Dutch Justice Minister Piet Hein Donner said. "To that extent, there is jihad in the Netherlands."

Alleged Takfir connections have popped up elsewhere over the past year, including France and Jordan. In Belgium, security forces are looking into possible links between the Nov. 2 slaying of Van Gogh and recent anonymous threats against politicians.

A wave of attacks on mosques and churches in the Netherlands — and a firebombing at a Muslim elementary school there — raised troubling questions about Dutch society's relations with a large and increasingly restive Muslim minority.

Marion Cappendijk can't understand the outburst of violence. "We are so tolerant here," she said Wednesday as she looked at the smoldering rubble of the school, the 14th Muslim building attacked by arsonists, bombers or graffiti sprayers in the past five days.

The uncompromising Takfir doctrine has been around for decades — denouncing even moderate Muslims as "infidels." But global communications and louder militant voices could be offering fresh energy. It's part of larger worries about rising Islamic extremism in an Internet age when texts and sermons reach nearly everywhere and peripheral movements can quickly gather momentum.

"Authorities are looking in the wrong direction," said Azzaz Tamimi, head of the Institute of Islamic Political Thought in London. "Many Muslims feel under pressure. This pressure and anger can make people radicalized. Extremism is not just with big terrorist groups. It's out on the streets and radical movements are easily tapping into it."

Freedom House, a New York-based human rights group, is preparing a report that it says examines documents distributed in some American mosques containing denunciations against non-Muslims and fellow Muslims who show religious tolerance.

Takfir, literally "excommunication," refers to scorning societies perceived as corrupt and deserving retribution. Hijra refers to withdrawing from anything considered against Islam.

The name was coined by Egypt's government-controlled press in the 1970s in an attempt to make it scary and alien to mainstream Muslims. Takfir is often described as part of the founding forces for today's major terrorist networks. But it's not easy to draw clear connections.

Islamic researchers and scholars say terror groups may draw general encouragement from Takfir's militant dogma. But Takfir's core followers — an unknown number that could be in the thousands, experts say — are too renegade and insular to offer practical support to networks such as al Qaeda.

Takfir denunciations, in fact, often cover anyone who is not a committed follower, including al Qaeda leader Osama bin Laden — although his chief lieutenant, the Egyptian-born Ayman al-Zawahri, is reportedly a Takfir follower and has lectured on its tenets.

In 1995, an alleged Takfir gunman attacked bin Laden's compound in Sudan. Five years later, a suspected Takfir attacker killed 20 worshippers in a mosque as part of feuds with rival Islamic sects in the country.

"They consider themselves the only Muslim group," said Diaa Rashwan, a Cairo-based expert on Muslim militants.

And here lies a serious challenge for authorities.

The Takfir movement's limitless suspicion of outsiders and elusive tactics create huge complications for monitoring and infiltrating. Among Takfir precepts is "taqiyya," or use of deceptions that include blending into non-Muslims societies. This led some U.S. investigators to suspect Takfir links to some of the Sept. 11, 2001, hijackers, though no clear evidence emerged.

There's also worry about a trend toward smaller, independent Takfir cells that follow their own random agendas.

"Now we have a new generation of fundamentalists," said Mohamed Salah, an expert on Islamic radicals and the Cairo bureau chief of the pan-Arab newspaper Al-Hayat. "The atmosphere in the world now makes it easy for someone to get two or three people together and form a group."

Takfir has cropped up on the fringes of recent terrorist probes.

Also last year, Lebanese forces arrested dozens of suspects accused of planning to assassinate the U.S. ambassador and other plots. Some suspects were reportedly Takfir followers.

Belgian investigators, meanwhile, are looking for possible ties between the Van Gogh slaying and threats against political figures including the justice minister and a lawmaker with Moroccan parents, Mimount Bousakla, who has challenged conservative Muslim social codes. Bousakla went into hiding after receiving anonymous calls that included a threat "to ritually slaughter her," Belgian officials said Wednesday.

Van Gogh was shot and then his throat was slashed. He had recently collaborated with Somali-born Ayaan Hirsi Ali, a parliament member, on a film criticizing Islam's treatment of women. She has since moved to a secret location.

"You can't dismiss the influence of Takfir on contemporary terrorism at some level," said Omid Safi, a religion professor at Colgate University. "It brands everyone it opposes as an infidel — including Muslims — and that makes it that much easier to inflict violence on them."

But he cautioned against making direct bonds between Takfir dogma and terrorist networks.

"It's there as part of the overall pathology of radical thinking. Takfir is just part of the destructive tendencies occurring now in Islam," Safi said.

There is no direct evidence showing how deeply Takfir ideology has infiltrated al Qaeda and other major Islamic radical factions, said Peter Wright, a lawyer and researcher at the University of North Carolina who has studied the movement's influence on terrorism.

But Takfir could be increasingly squeezed by authorities struggling to control radical Islam and wage "a pre-emptive war," said Wright.

"In the present political climate, guilt by ideological association appears to be the path of least resistance," he said. "If you express certain thoughts or maintain an association with individuals who do, you are a suspect."