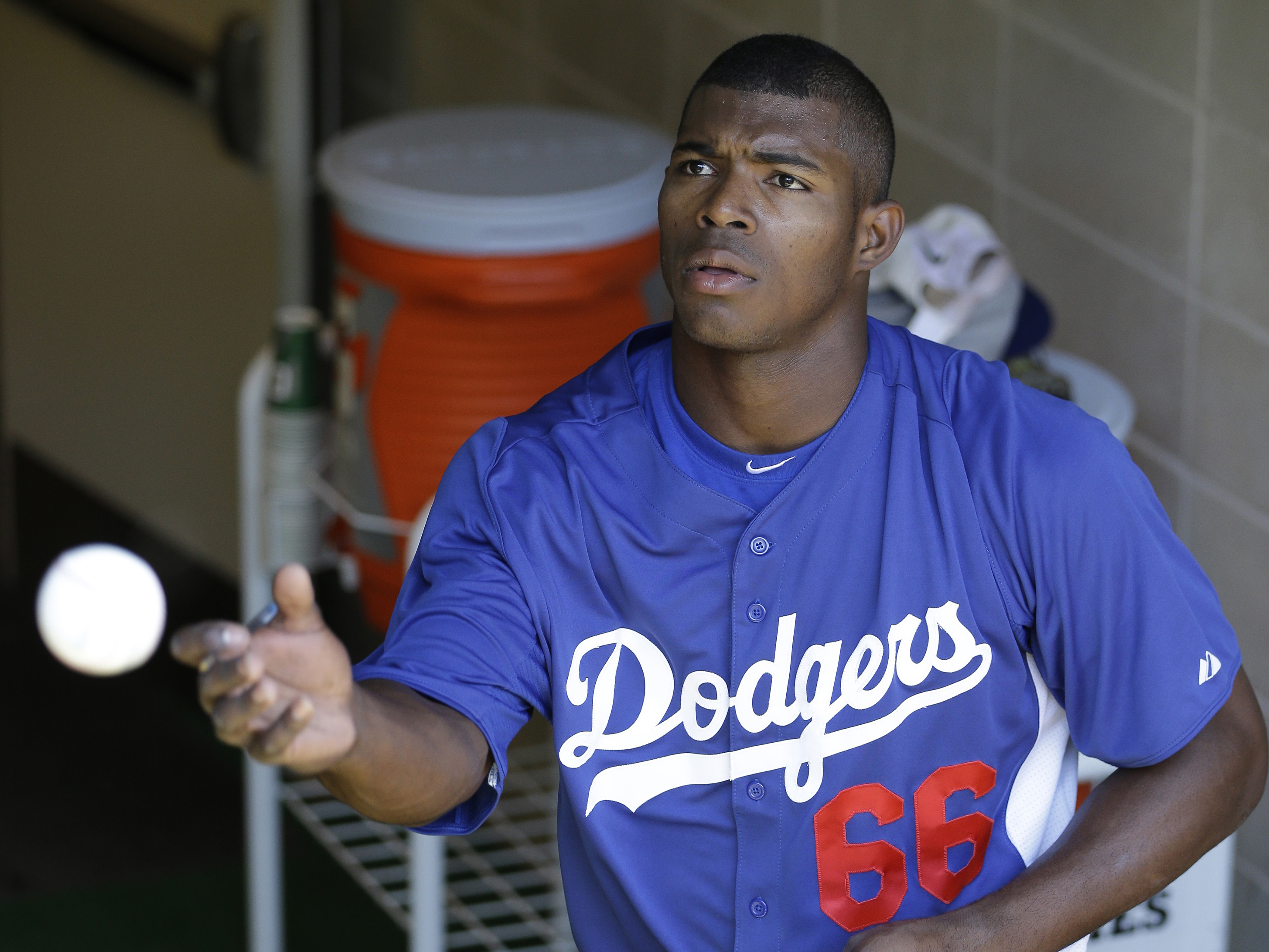 MIAMI - A businessman who helped smuggle Los Angeles Dodgers star Yasiel Puig out of Cuba to sign a rich American baseball contract was sentenced Friday to a month in prison and five months' house arrest for violating U.S. immigration laws.

U.S. District Judge Robert Scola on Friday gave Gilberto Suarez, 41, less than the one-year maximum partly because his main role in the 2012 smuggling venture was having Puig driven in a taxi from Mexico City to the Texas border. Other conspirators, including boat captains and members of Mexico's violent Zetas drug gang, were involved in other stages of the trip.

Scola also said he was showing Suarez some leniency because Puig and others in the smuggling trip were threatened by the Zetas and possibly by corrupt Mexican police.

"I think the safety of the player and the other aliens was also paramount in his mind," the judge said.

Defense attorney Bijan Parwaresch said Suarez initially sought only to assist Puig in signing a Major League Baseball contract. Cuban players who defect often establish residency in a third country, such as Mexico, so they can sign lucrative free agent deals rather than smaller contracts if they come directly to the U.S. and are subjected to baseball's draft.

Where Suarez went wrong, he added, was deciding to take Puig to the U.S. border without immigration papers. Under the "wet foot, dry foot" policy, Cubans who reach U.S. territory are usually permitted to stay, even if their arrival is violates the law.

"It didn't start out with a criminal intent," Parwaresch said at a hearing. "It ended up as a criminal action."

Puig was first taken by boat from Cuba to a Mexican island near Cancun, then to Mexico City. Suarez was paid $2.5 million out of the seven-year, $42 million contract Puig later signed with the Dodgers, although Parwaresch said the money is now gone and Suarez is forfeiting to the government a house, a condominium and a Mercedes-Benz.

"He's basically left with nothing," the attorney said.

Assistant U.S. Attorney Ron Davidson said it was important that Suarez got at least some prison time.

"We want to send a message that this type of crime should not be rewarded," he said.

So far, no one else has been arrested in the Puig case.

Puig, 24, hit .296 with 16 home runs and 69 runs batted last season for the Dodgers. He finished second in National League rookie of the year voting in his first season.