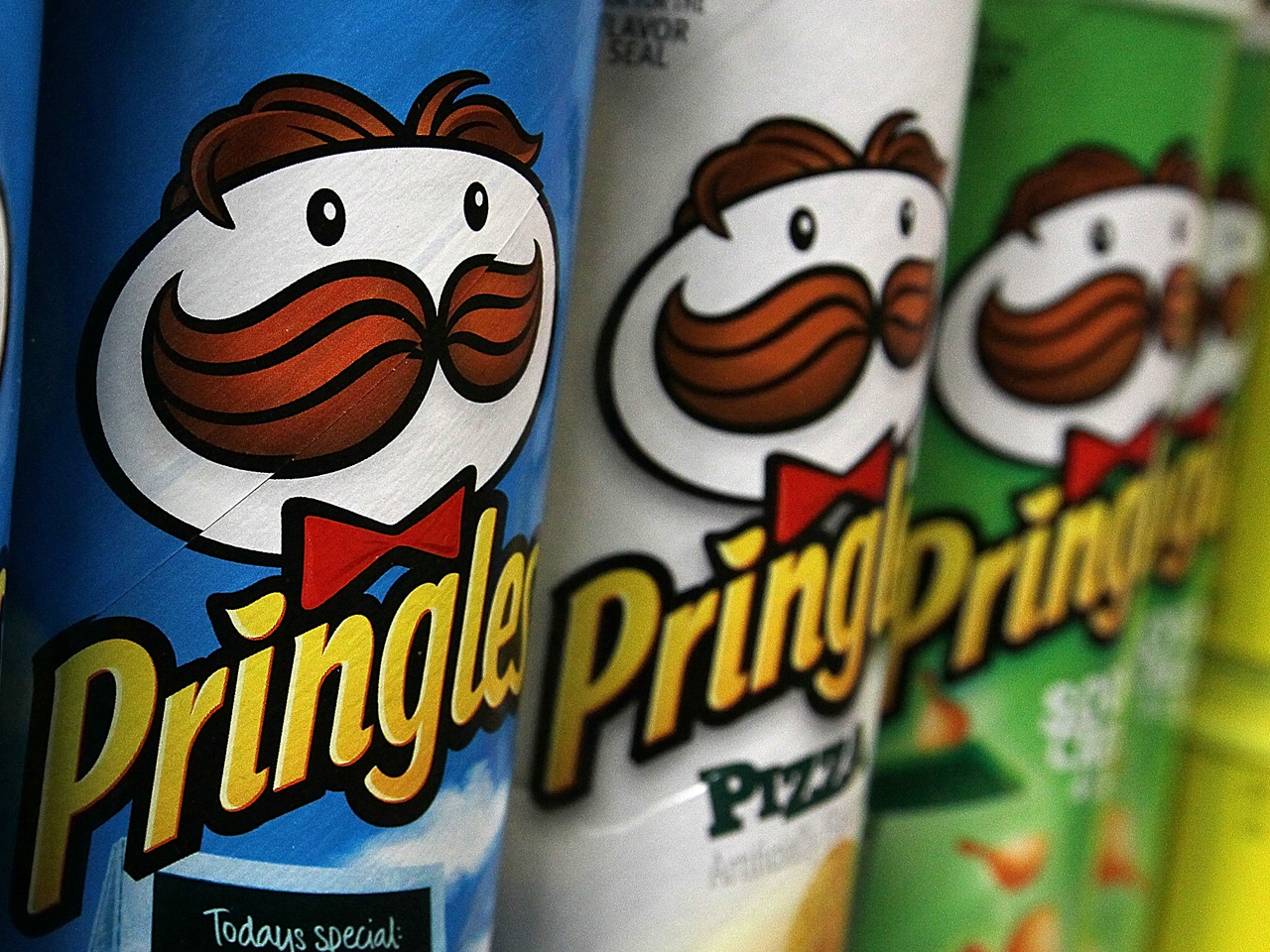 The world's biggest cereal maker - best known for its Frosted Flakes, Pop-Tarts and Eggo waffles - says its recent acquisition of Pringles chips boosted its net income in the third quarter. Kellogg, based in Battle Creek, Mich., bought the brand earlier this year in hopes of becoming a global player in the salty snacks market. The deal instantly made Kellogg the world's second-biggest salty snack food maker, behind only PepsiCo's (PEP) Frito-Lay.

In the U.S., the company said Pringles sales rose by 10 percent in the quarter.

A big part of that growth was driven by improved displays in supermarkets and expanded distribution in dollar stores, drugstores and other channels, CEO John Bryant said in an interview with the Associated Press. He noted that Pringles' profile wasn't being optimized under its previous owner, Procter & Gamble (PG), the maker of consumer products that exited the food business.

As for keeping pace with Frito-Lay in terms of new products and flavors, Bryant said Kellogg will be limited in the near term because Pringles only has two major manufacturing plants in the world. Those plants - in Tennessee and Belgium - are already running around the clock. As a result, he said the company will focus on improving production capacity at the plants, rather than focusing on new products. An expansion of production capacity could come in another year or two, he said.

Since Pringles gets two-thirds of its revenue from overseas, Kellogg is also hoping Pringles can give it inroads into the emerging markets where the ranks of people with disposable income are growing. The company's stable of other salty snacks include Cheez-Its and Special K crackers.

For its flagship U.S. breakfast foods unit, the company said net sales rose 5 percent, with new products such as a chocolate-filled cereal called Krave helping it gain market share in both cereals and breakfast pastries. Like Special K with berries, the cereal was first introduced in France, where Bryant said customers' taste expectations are higher.

Despite the improvement in its cereal business, Kellogg's overall operating profit fell 5 percent in the quarter because of rising costs for ingredients, stepped-up marketing and a recall of its Mini-Wheats cereal last month.

In a call with analysts, Bryant attributed the recall to "failure of a piece of equipment" that he said was 20 years old. The cereal had been prompted by the possible presence of a metal mesh. Kellogg also had a major recall two years ago because of an odd smell in cereals such as Apple Jacks, Corn Pops and Froot Loops, which the company had said was the result of elevated levels of chemicals.

Bryant said Thursday the company would give an update on its progress in improving its supply chain at an upcoming investor conference. He said he was confident the company had turned a corner on the matter.

Internal sales, which exclude the impact of Pringles, rose by 2.8 percent. The increase was mostly the result of a more profitable mix of products, while sales volume rose just 0.1 percent.

The North American unit, not including Pringles, saw sales grow by nearly 4 percent.

International sales rose 15 percent to $1.3 billion. Not including Pringles, the figure rose just 1 percent. The company's European unit continued to struggle, with sales down 2.5 percent, but Kellogg noted that was an improvement from the previous quarter. Latin America saw core sales rise 4 percent, while the Asia Pacific region rose by 7 percent.

Kellogg stood by its outlook for the year, with earnings expected to range between $3.18 and $3.30 per share. But it said operating profit will fall between 4 and 6 percent as a result of the Mini-Wheats recall.

Its shares were up around 2 percent at $53.42 in afternoon trading.