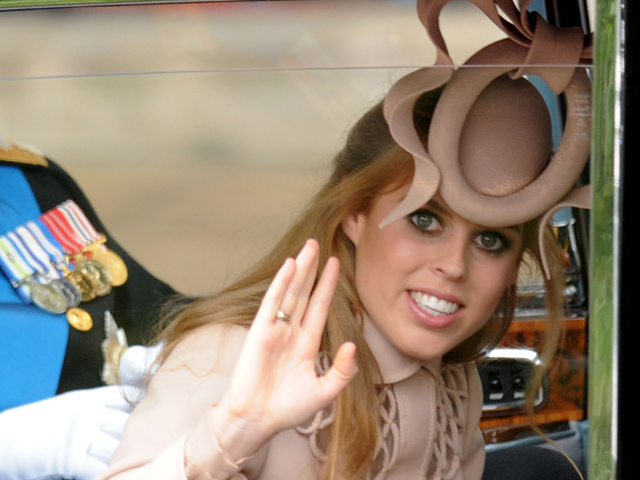 (CBS) If you love strange hats and aren't that fond of money, have we got an auction for you. Princess Beatrice is auctioning off her royal wedding hat. Remember the one that looked like a doughnut-shaped spaceship? Right, that one.

The good news is the gravity-defying head piece designed by Philip Treacy is being sold off for charity. The proceeds will be split between Unicef and Children in Crisis, which provides education to desperately poor children around the world.

"I've been amazed by the amount of attention that hat has attracted," Princess Beatrice.told Unicef "It's a wonderful opportunity to raise as much money as possible for two fantastic charities. I hope whoever wins the auction has as much fun with the hat as I have."

The web has been amazed by that hat too. A Facebook fan page now has 142,000 followers and an awesome gallery of spoof photos.

Hat's off to Beatrice.