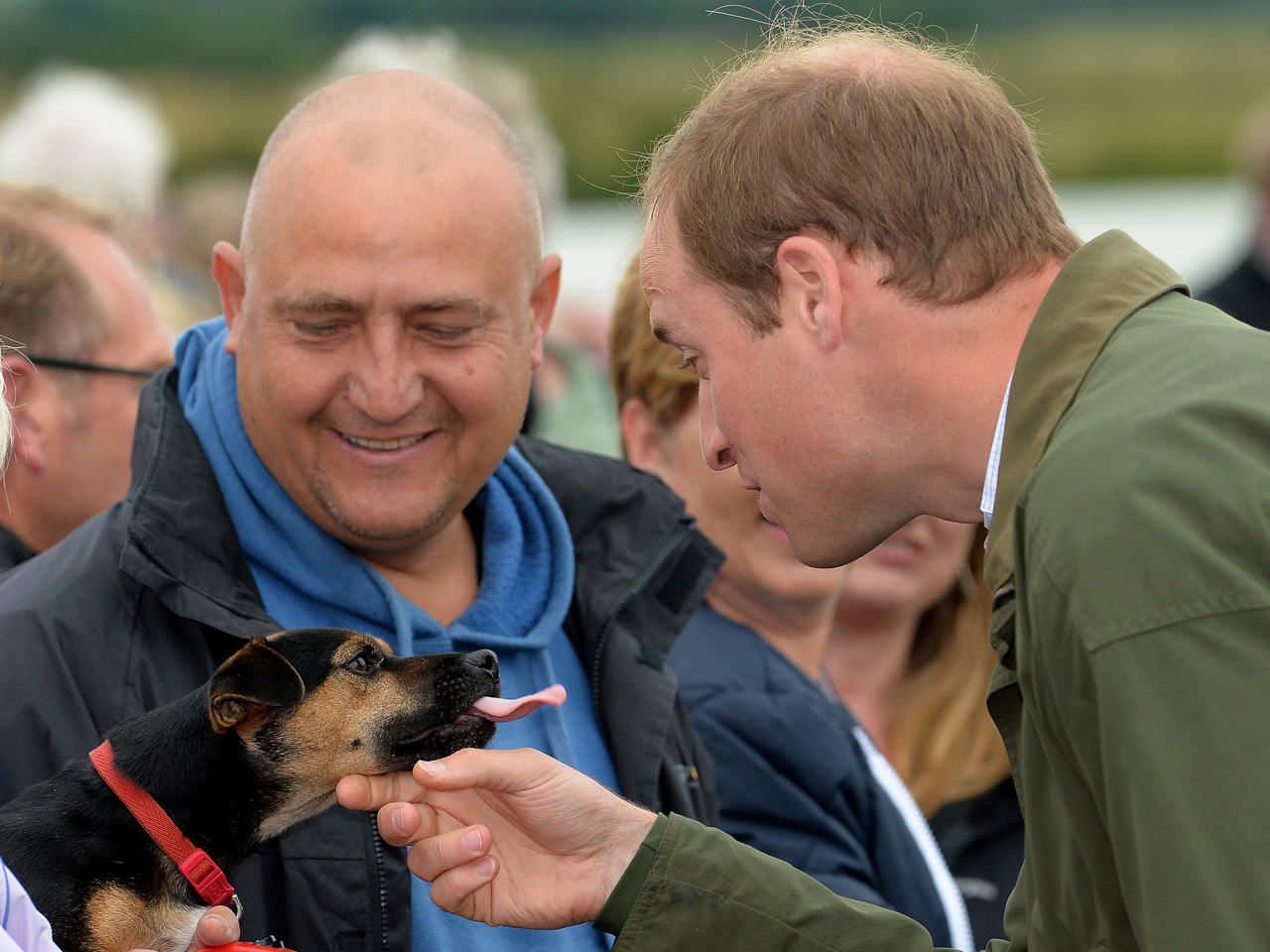 Prince William talked about little Prince George and the challenges of fatherhood at one of his first public events since the royal baby was born.

"I have to say that I thought search-and-rescue duties over Snowdonia were physically and mentally demanding, but looking after a 3-week-old baby is up there!" the Duke of Cambridge said in a speech Wednesday in Anglesey, Wales.

William, 31, expressed regret that his wife, Kate, Duchess of Cambridge, and son couldn't be with him. "He's pretty loud but very good looking!" he said of baby George.

Speaking at the Welsh island's annual agricultural show, William thanked the people of Anglesey for being so welcoming to him and his wife. William has been stationed there as a Royal Air Force search-and-rescue pilot since 2009, but is due to leave at the end of this month.

"I know that I speak for Catherine when I say that I have never in my life known somewhere as beautiful and as welcoming as Anglesey," he told the crowd. "The views across the Menai Straits are undoubtedly among the most stunning in the British Isles. I know that both of us will miss it terribly when my search-and-rescue tour of duty comes to an end next month and we have to move elsewhere."

From the bottom of my heart, thank you for making my wife and me so welcome when we arrived here, as you do thousands of visitors each year," William continued. "This island has been our first home together, and it will always be an immensely special place for us both. Catherine and I look forward to returning again and again over the coming years with our family."