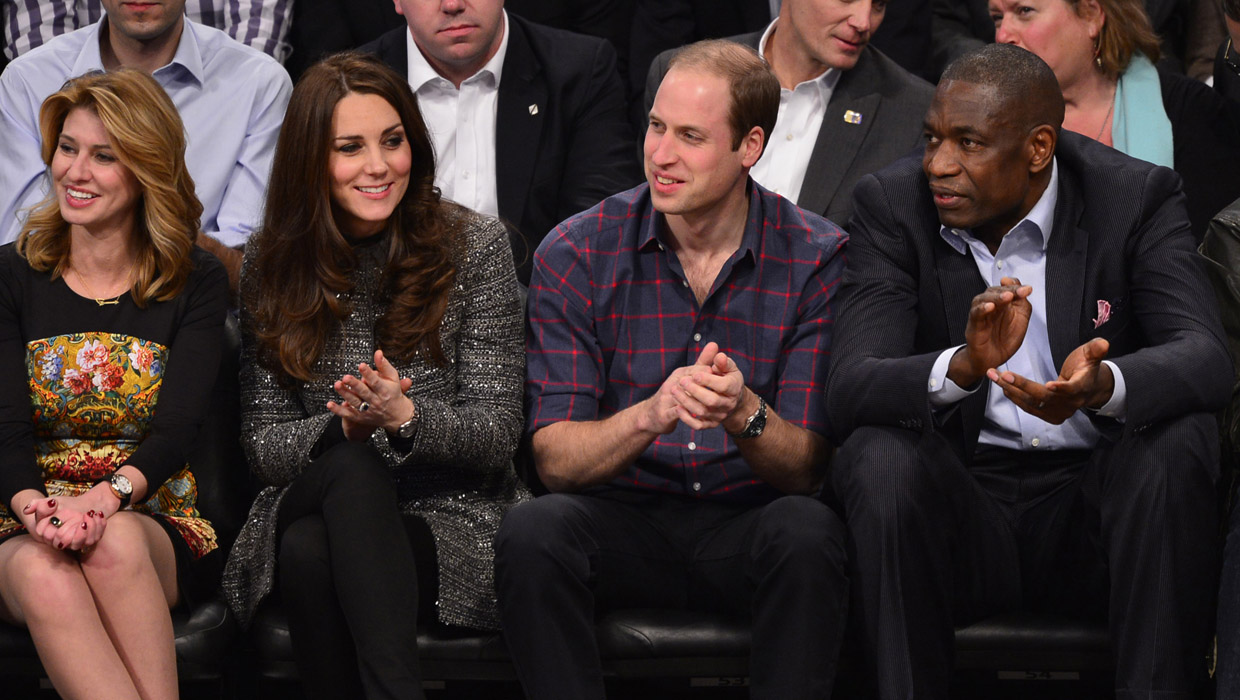 The Duke and Duchess of Cambridge, who are in New York for a three-day U.S. tour, also got to meet sports royalty -- that would be LeBron "King James" James -- while attending the Brooklyn Nets-Cleveland Cavaliers matchup at Brooklyn's Barclays Center.

William and Kate, both 32, took seats courtside a few minutes into the game's third quarter, getting a standing ovation from the crowd. After that quarter, Beyonce and Jay Z walked from where they were sitting on the opposite side of the court to greet the duke and duchess.

Naturally, the encounter was caught on video (not to mention thousands of cell phone cameras):

The quartet reportedly chatted for a few minutes before heading back to their seats, and an eyewitness told People that Jay Z wished William and Kate a "Merry Christmas" while he was talking to them.

The royals attended the game to celebrate the partnership between the NBA and the Royal Foundation's United for Wildlife to help fight illegal wildlife trafficking. They were seated next to former player Dikembe Mutombo, who is an ambassador for United for Wildlife.

"At last I'm standing next to someone who is taller than me," William joked to Mutombo during a pre-game photo call.

William and Kate (wearing a gray coat by American designer Tory Burch) then met James after the game, and the basketball star presented the royals with a pint-sized jersey for Prince George. He also gifted the couple with cupcakes from his hometown of Akron, Ohio, the Daily Mail reports.

James later shared photos of the meeting with his Instagram followers, writing, "Wow what an Honor! This game has brought me so much and I'll never take it for granted! The King, 'Duke & Duchess. #Royalty #StriveForGreatness #RWTW #LRMR #Klutch."

The couple's night out came at the end of a whirlwind day of events that began with William meeting President Obama and giving a speech in Washington, while Kate visited a child development center with New York City's first lady in Harlem. They also attended a reception at the British Consul General's residence co-hosted by the Royal Foundation and the Clinton Foundation, celebrating conservation efforts, where they spent some time talking with former Secretary of State Hillary Rodham Clinton, Chelsea Clinton and her husband, Marc Mezvinsky.

Tuesday, the final day of their trip, has an equally packed agenda that includes a stop at the National Sept. 11 Memorial and Museum and a gala at the Metropolitan Museum of Art.