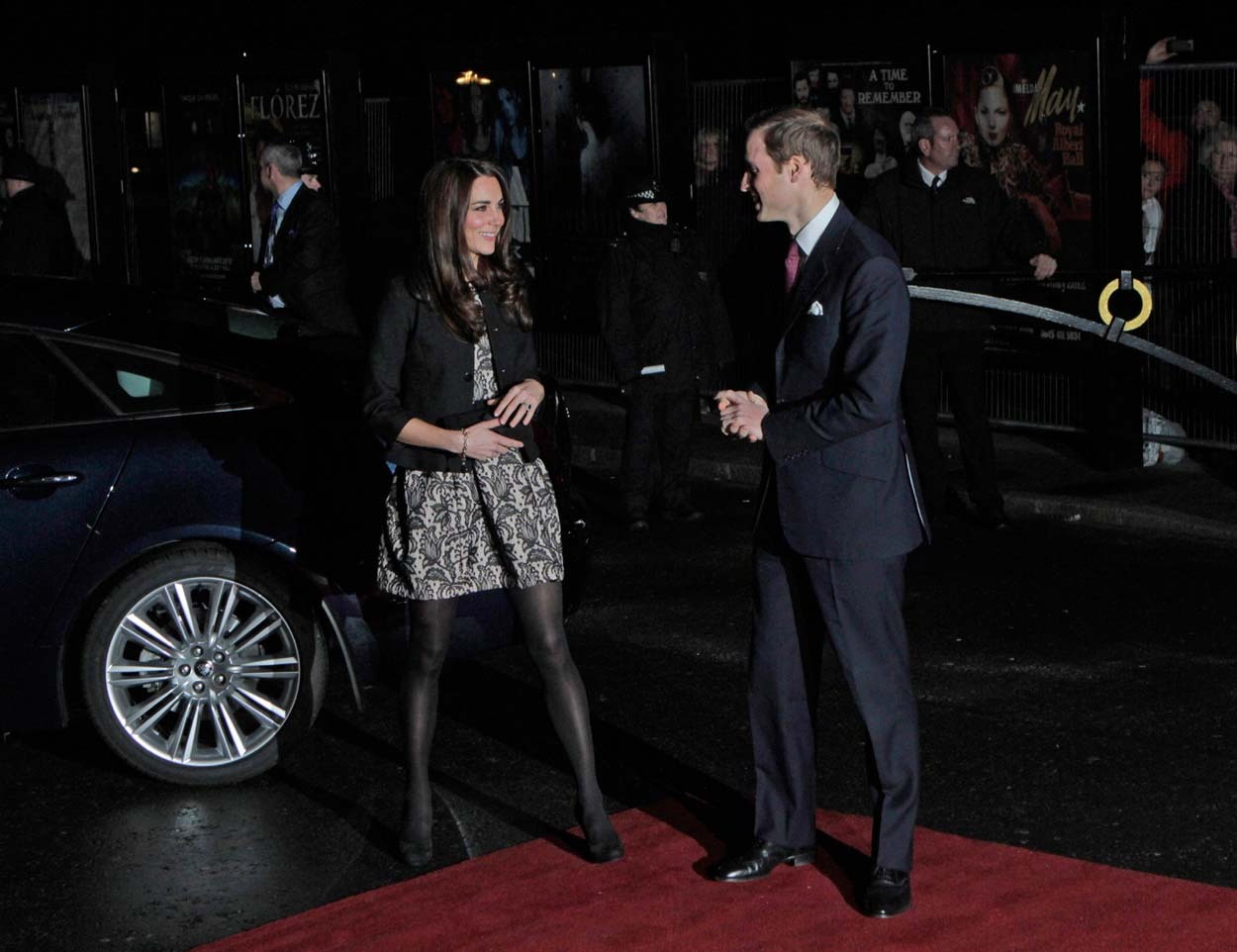 (CBS) The British royal family took in a night of music on Tuesday at London's Royal Albert Hall. They attended singer Gary Barlow's concert in aid of The Prince's Trust and The Foundation of Prince William and Prince Harry.

Prince William and Kate, Duchess of Cambridge, were joined by Prince Charles and Camilla, Duchess of Cornwall, at the event.

Duchess Kate turned heads in her lace tulip dress, which she clearly got on the cheap. The frock can be found at Zara for only $99 (though it looks as if it already had sold out online). She completed the outfit with black tights and a familiar black blazer.

Proceeds from the benefit will help neighborhoods affected by the August riots in London.