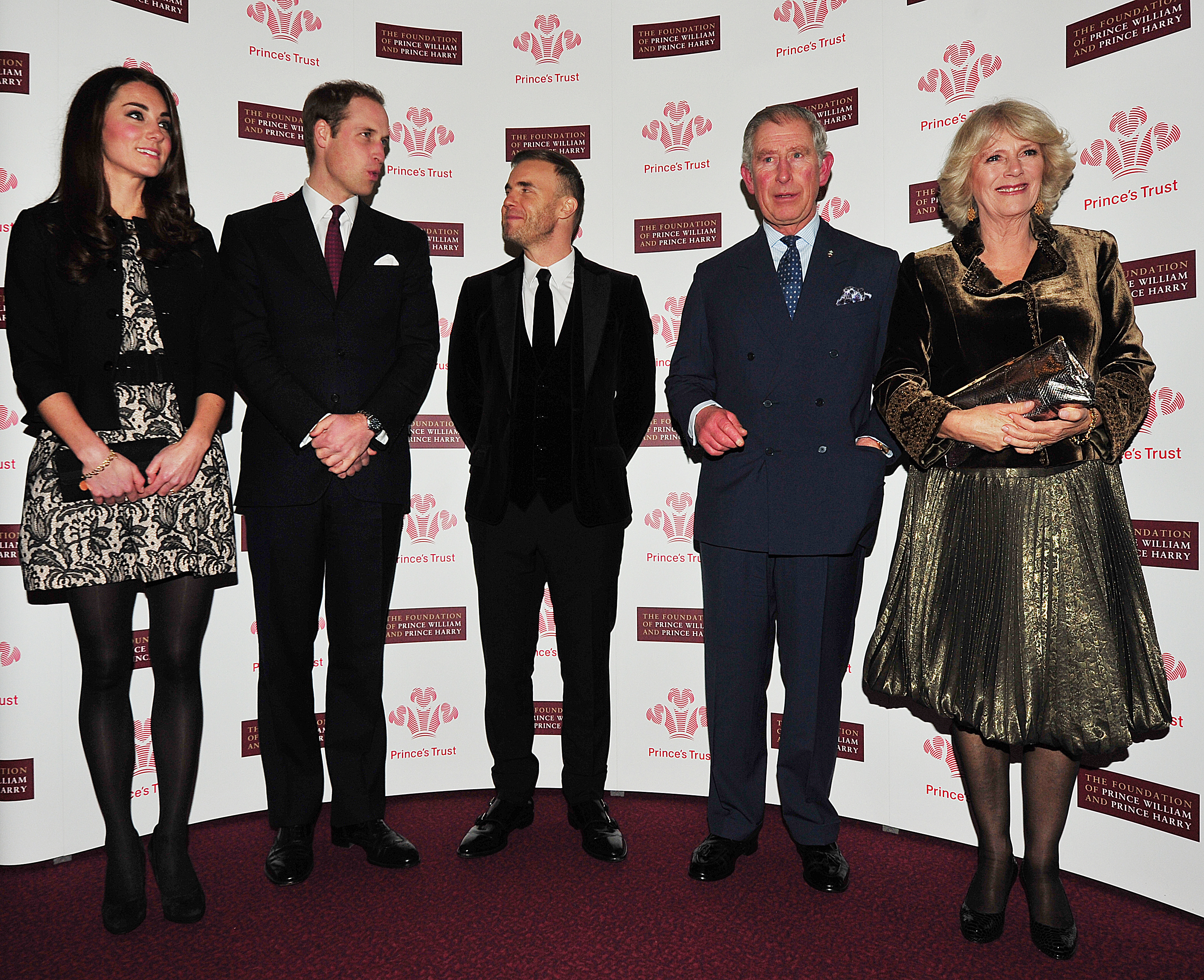 An official double date for the royals: Prince William, the Duke of Cambridge and his wife Catherine, the Duchess of Cambridge, stepped out Tuesday night with William's dad, Prince Charles, and his wife, Camilla, in London for a fundraising concert to benefit Prince William and Harry's charities for disadvantaged young people.

A look back at the royal wedding: CBS' full coverage of the event.

The group was treated like rock stars, CBS News royal contributor Victoria Arbiter reported on "The Early Show." "This was amazing last night because, when both couples entered the royal box, (they received) a huge standing ovation and there was a big cheer from the crowd. They know that they were there to support both princes' charities, so already a supportive crowd, but this rock star attitude to the royal family is continuing based on the success of the (royal) wedding."

Gary Barlow, lead singer of the British band Take That and a judge on the UK version of "The X-Factor," headlined the event, which benefited The Prince's Trust and The Foundation of Prince William and Prince Harry. Barlow, Arbiter noted, is a favorite of Kate's.

Though the royals weren't dancing in the royal box, like many at the concert, one commentator said, Arbiter noted, that the royals were "jingle jangling" their jewelry to the music.

Also, rather common was the Duchess of Cambridge's dress. Known for wearing some low-end fashion -- and re-wearing much of her wardrobe -- Kate stepped out in a dress from Zara. The low-end dress costs just $120. The dress sold out after the appearance. But royal watching fashionistas who missed their chance to buy the dress shouldn't feel left out just yet. Arbiter said the new season frock will likely be back in stock soon.

"She looks great in anything," Wragge said.

"She really does and (it was) nice to see her legs," Arbiter said. "We don't often get to see that."