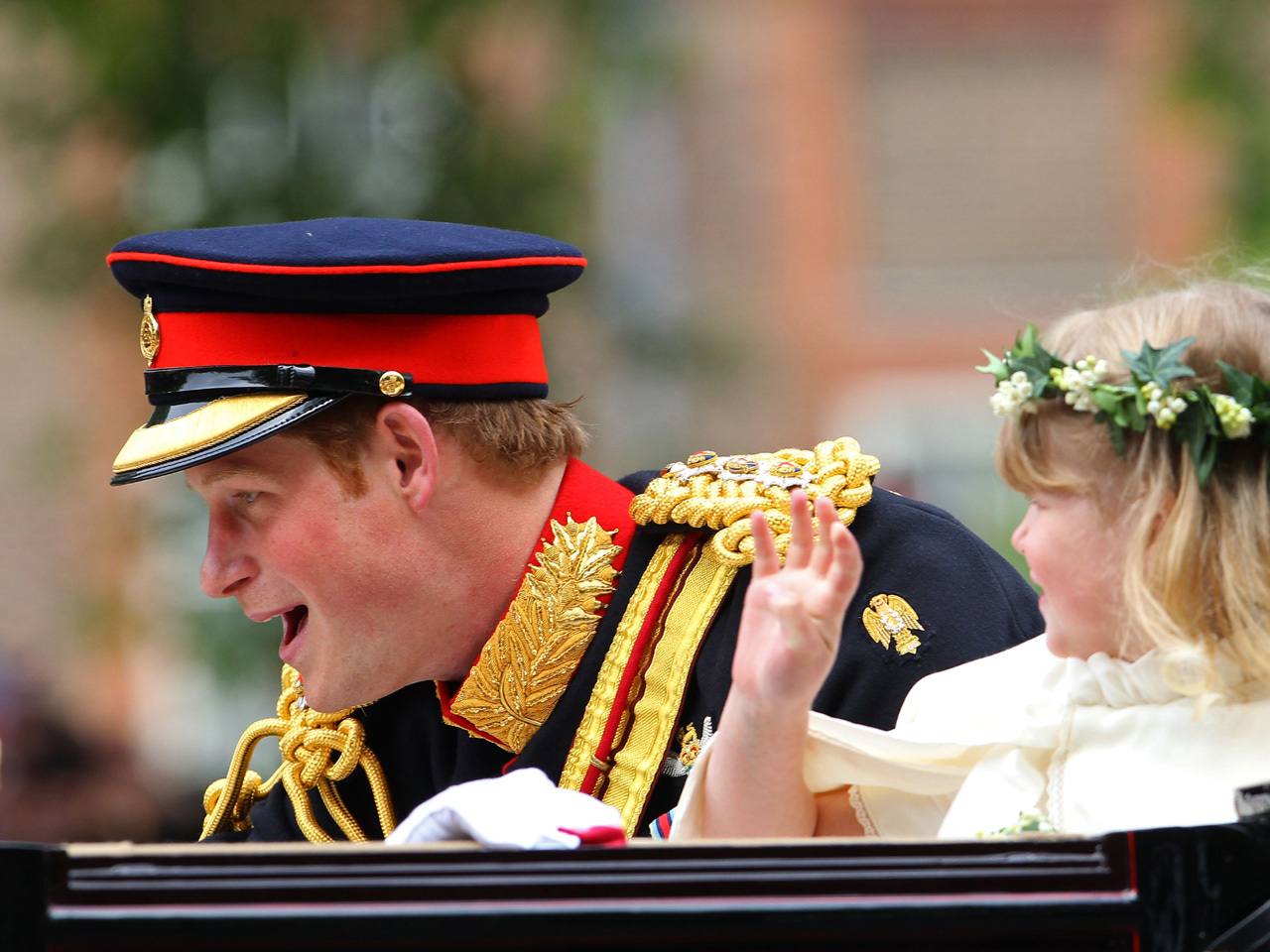 The brother of groom reportedly made a lighthearted best man's speech. It's said Harry joked about Prince William, and made other remarks at his elderly relatives' expense.

Special Section: The Royal Wedding
The royal wedding in photos

At the reception, hosted by Prince Charles, reports indicate Harry quipped about the relative heights of his grandfather, the Duke of Edinburgh, and the new bride, the Duchess of Cambridge, who came to the reception decked out in three-inch heels.

But Prince Harry isn't the only royal with a sense of humor.

At the couple's champagne reception, Prince Charles mocked his son's baldness as hereditary, according to reports. Prince William reportedly joked back about his father's weight.

The Prince of Wales, according to the U.K. Telegraph, said he hoped his would look after him in old age before joking that William would "push his wheelchair off a cliff."