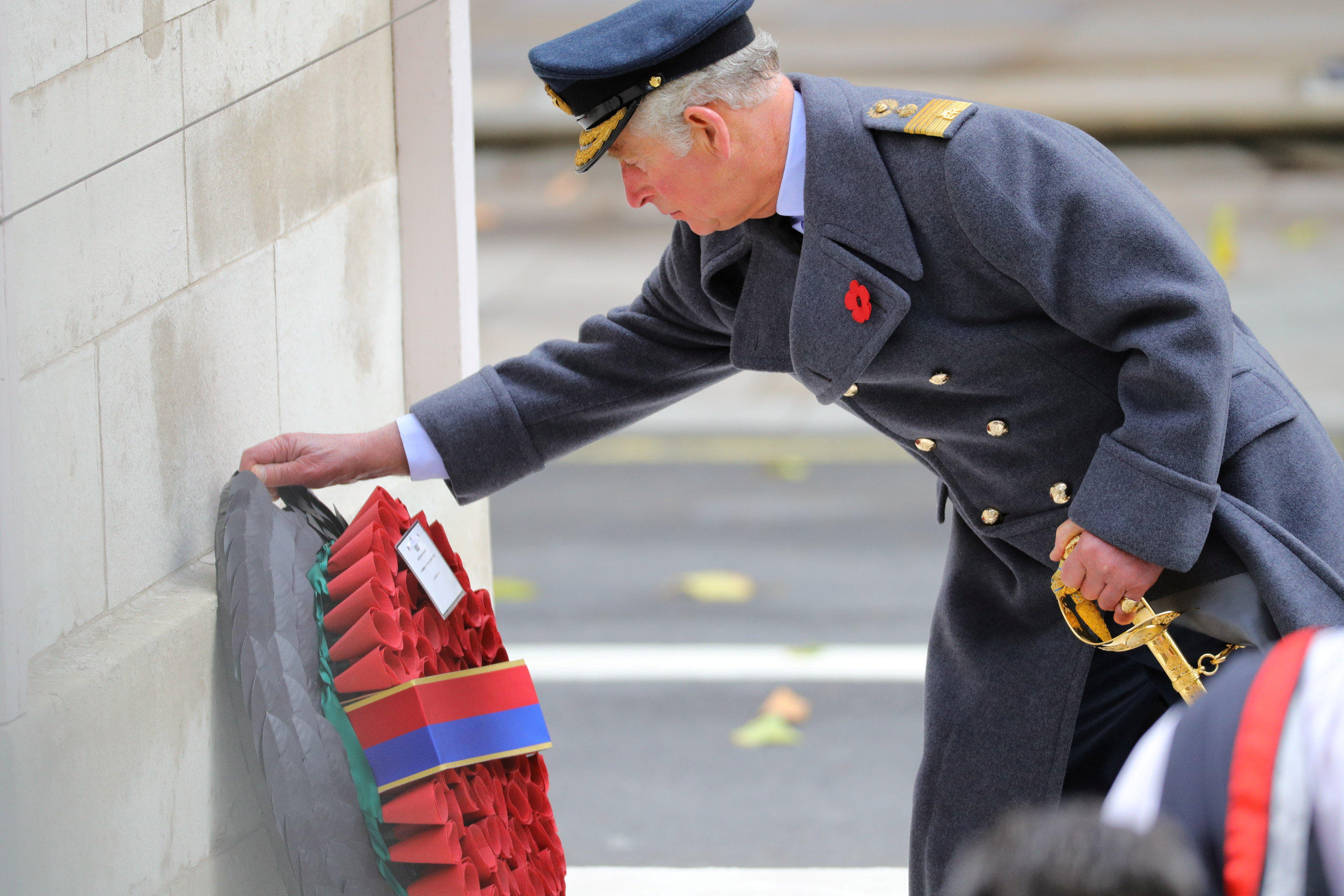 The 91-year-old queen, dressed in black, watched the service at London's Cenotaph memorial from a nearby balcony alongside her 96-year-old husband Prince Philip. The monarch, who is gradually cutting back on public duties after 65 years on the throne, had asked her 68-year-old son and heir to lay a wreath of poppies on her behalf.

The only other times the queen did not lay a wreath were when she was abroad or pregnant, according to BBC News.

The queen's grandsons, Prince William and Prince Harry, both military veterans, and other royals left bright red wreaths at the foot of the monument.

Britain's political leaders, representatives of religious faiths and dignitaries from the Commonwealth of former British colonies also attended the ceremony in central London, laying wreaths on the simple Portland stone monument inscribed with the words "the glorious dead." Among them was Prime Minister Theresa May, the BBC reported.

Thousands of service personnel, veterans and members of the public gathered on a cold, sunny fall day to honor those killed in World War I and subsequent conflicts.

Whitehall, the wide street lined with government buildings where the Cenotaph stands, fell silent as Parliament's Big Ben bell sounded 11 a.m. The two-minute pause was broken by a bugler sounding "The Last Post."

After the formal wreath-laying, thousands of veterans, war widows and their families marched past the monument to the sound of a military band, applauded by well-wishers lining the sidewalks. Almost everyone wore a red paper poppy -- the official symbol of remembrance -- on their lapel.

The ceremony takes place every year on the nearest Sunday to the anniversary of the end of World War I on Nov. 11, 1918. Similar ceremonies were held in dozens of towns and cities across Britain and at British military bases overseas.

In the Northern Ireland town of Omagh, the Remembrance Sunday parade was disrupted when a suspicious device was found near a war memorial. Police cordoned off the area, and Police Service of Northern Ireland chief inspector Graham Dodds said it was "a sickening attempt by cowards to create fear and disruption."

Omagh was the site of the deadliest bombing of Northern Ireland's decades-long Catholic-Protestant conflict, where Irish Republican Army dissidents killed 29 people with a car bomb in 1998.

On Saturday, other events were held across the United Kingdom. A Festival of Remembrance was held at Albert Hall, the BBC reported, and members of the Royal Family attended.