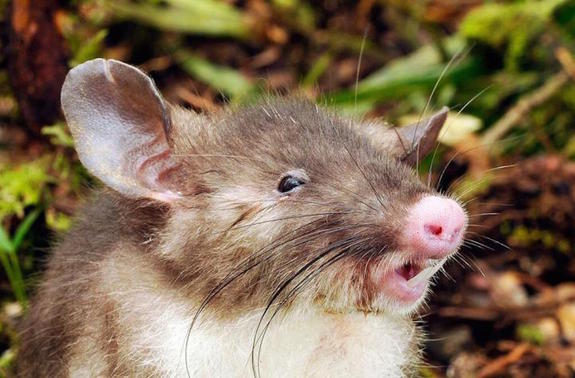 WELLINGTON, New Zealand -- Their abilities to travel, multiply and spread disease have always made rats one of mankind's greatest pests.

New Zealand says it's time to wipe them out. Every last one of them.

Prime Minister John Key on Monday announced an ambitious plan to completely rid the South Pacific nation of rats and some other nuisance animals, including possums and stoats, by the year 2050.

The government is hoping a rat-free countryside will give a boost to native birds, including the iconic kiwi. Many bird species are threatened with extinction because rats and other pests feast on their eggs and compete with them for food.

New Zealand is hoping to build on its success in eradicating rats from several of its smaller islands.

However, some scientists caution the goal, while laudable, will be extremely difficult to achieve in a nation that's similar in size to the United Kingdom.

Speaking from a wildlife sanctuary in Wellington, Key said the goal would require the help of everyone from philanthropists to indigenous Maori tribes.

"This is the most ambitious conservation project attempted anywhere in the world, but we believe if we all work together as a country we can achieve it," he said.

He said the government would initially contribute 28 million New Zealand dollars ($20 million) over four years toward setting up a company to run the program, and would consider partially matching money contributed by local councils and businesses.

Key acknowledged the goal would only be achieved with scientific advances.

New Zealand's Department of Conservation has eradicated rats from several small islands using traps, poisons and baits. And it has also intensively managed some areas on the main islands to make them safer for native birds.

But it would require a massive escalation of those efforts to completely wipe out the pests.

Ecologist James Russell, from the University of Auckland, has written about the idea before.

"I really do think it's possible," he said. "It will require people working in every nook and corner of the country."

He said getting rid of the pests would make a huge difference to the health of native flora and fauna.

New Zealand is unusual in that its native animals are mainly birds, some of which became flightless over time. When humans arrived and brought rats, the rodents had few predators.

Jacqueline Beggs, another ecologist from the university, said eliminating pests from small, uninhabited islands was one thing, but getting everybody from farmers to anti-government types to agree on the idea would prove much more difficult, if not impossible.

"It's definitely a fantastic challenge," she said. "It will really stretch the boundaries."

Beggs said she also worries the goal could distract from other important environmental issues and could even create new problems, such as an explosion in the population of mice.