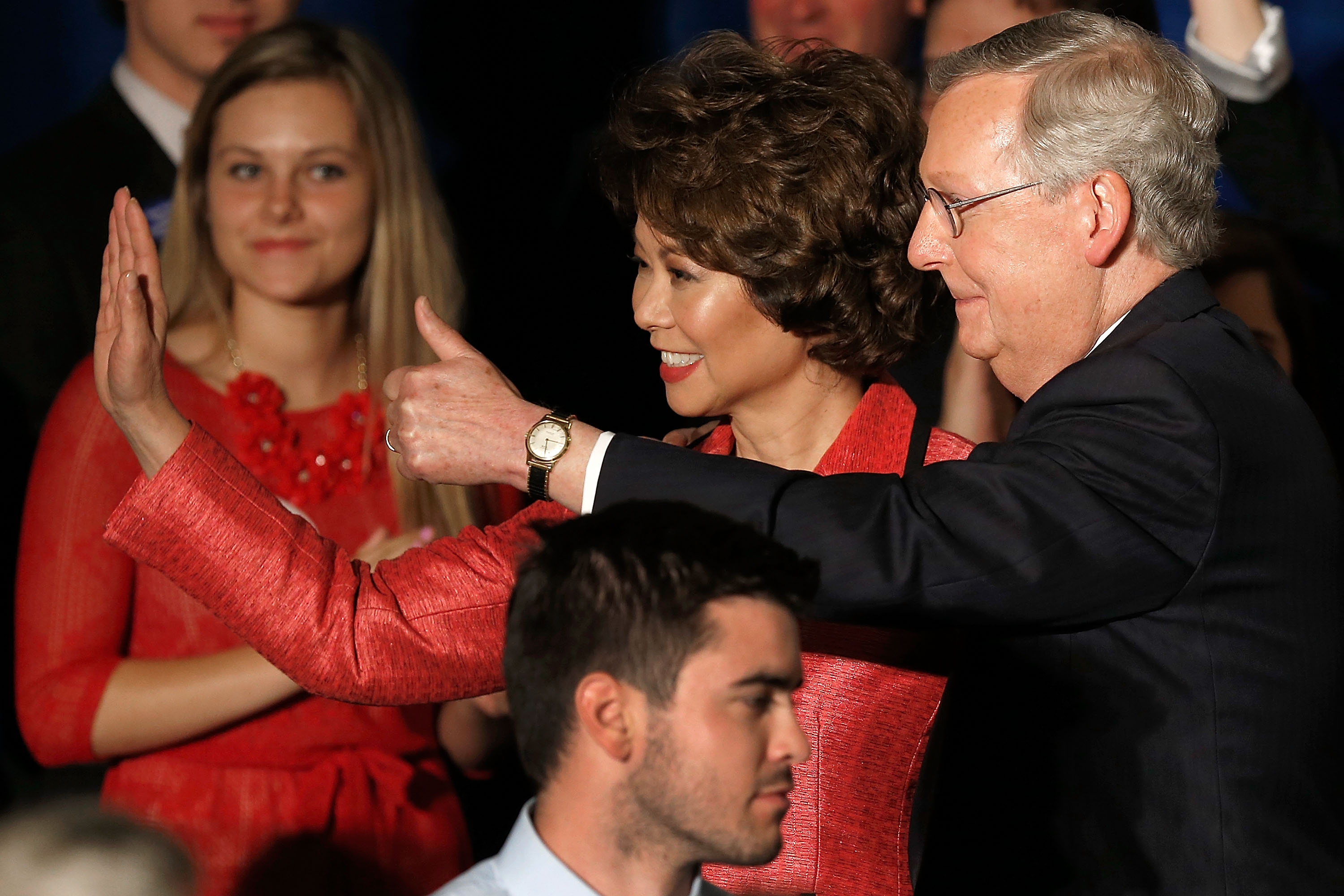 The tea party wanted to send a message by ousting a longtime Washington incumbent, but Senate Minority leader Mitch McConnell had other ideas.

He easily turned back a primary challenge from businessman Matt Bevin in Kentucky Tuesday night, by a wide 60-36 percent margin.

McConnell had seen the challenge coming months ago and began campaigning in earnest, and it paid off.

His campaign used a very different approach than Republican favorites used in 2010 and 2012, and the results will be widely seen as a win for "the establishment" (usually defined as incumbents and party leadership) over political newcomers and outside groups.

It also speaks to a larger narrative in the fight for control over the direction of the GOP, though that direction isn't always measured strictly in wins at the ballot box.

As CBS News' Nancy Cordes reported, Bevin believed his campaign had succeeded in pushing McConnell toward more consistently conservative positions. That dynamic - in Kentucky and elsewhere - figures to be key to what ultimately happens in November, when Republicans will undoubtedly need to find a balance between keeping their conservative base motivated and attracting a wider array of voters in the general election.

Tuesday's primary kicked off what figures to be the most intense Senate race this year, with McConnell facing Allison Lundergan Grimes, who won the Democratic nod and is essentially tied with McConnell in early polls.

Democrats hope McConnell's ties to Washington give them an opening here - one they'll need to keep control of the Senate. Republicans hope to tie Grimes to an unpopular President Obama and capitalize on what could be the built-in advantage of Kentucky's heavily Republican electorate.

McConnell ran especially strong around Louisville and in eastern Kentucky - those areas also voted for establishment favorite Trey Grayson against Rand Paul in a 2010 primary - but McConnell did well enough everywhere to coast.

One big question for McConnell over the next five months is whether he can rally enough enthusiasm among Republicans in his race against Grimes.

It was, in all, not the best of nights for tea party candidates and a better one for the Republican establishment.

Elsewhere, a much-watched Georgia Senate Republican primary is headed to a runoff between David Perdue and Jack Kingston, who finished in the top two slots over candidates with more tea party endorsements.

Kingston drew heavily from his southern Georgia base, as did Perdue from the north. Karen Handel, who came in third, had hoped for more support in vote-rich metro Atlanta, and that kept her in the running for awhile as votes came in, but ultimately those counts never tilted substantially in her favor.

And in Oregon, a reliably - if not numerically overwhelmingly - blue state, Republicans hope to expand the Senate playing field with the nomination of Dr. Monica Wehby to run against incumbent Democrat Jeff Merkley. After the difficult rollout of Oregon's health insurance exchange, the GOP hopes to capitalize by making Obamacare a central issue, and this is one they'd like to believe has upset potential if a national wave builds against the law.