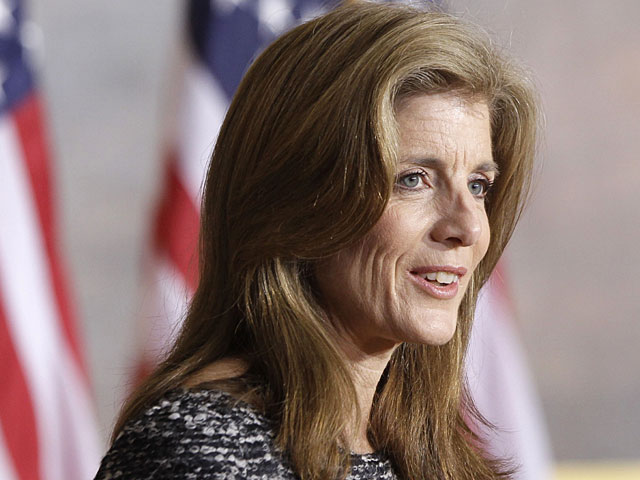 (CBS News)American political darling Caroline Kennedy will appear on "CBS This Morning" Thursday with Charlie Rose and Norah O'Donnell from the Democratic National Convention in Charlotte, N.C. Kennedy is an author and attorney as well as the daughter of President John F. Kennedy Jr.

Kennedy family keeps up its influence at the DNC

Kennedy, who briefly pursued Hillary Clinton's senate seat in New York in 2008, is slated to speak at the DNC Thursday night. Caroline Kennedy turned up in North Carolina alongside Joseph P. Kennedy III, who is running for Rep. Barney Frank's congressional seat, and up to two dozen other Kennedy family members who are reportedly contributing to a strong showing at the DNC this week. The family has recently resurfaced in the headlines, due to gossip over Conor Kennedy's relationship with singer Taylor Swift, Mary Kennedy's suicide, and quarrels over Ted Kennedy's legacy. Joseph Kennedy is running for Rep. Barney's Frank's congressional seat and will also appear at the DNC this week.

To hear from Caroline Kennedy, be sure to watch "CBS This Morning," Thursday Sept. 6th, 7-9a.m. ET.