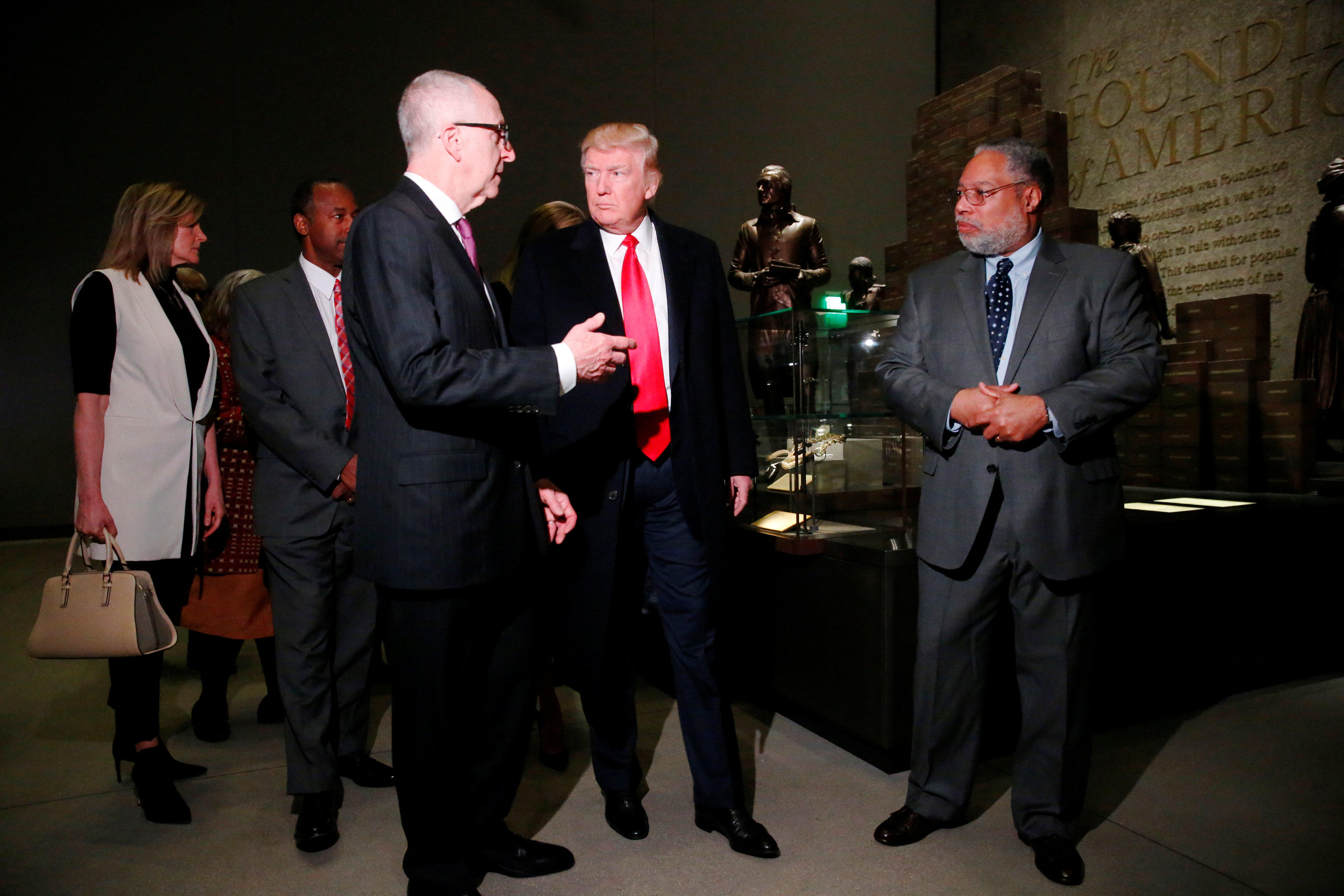 “I’m deeply proud that we now have a museum that honors the millions of African American men and women who built our national heritage, especially when it comes to faith, culture and the unbreakable American spirit,” he said in brief remarks after the tour, referencing African American figures like Harriet Tubman, Frederick Douglass and Rosa Parks.

The president also called anti-Semitic threats being made around the country “horrible” and “painful” and “a very sad reminder of the work that still must be done to root out hate and prejudice and evil.”

He also praised an exhibit about Ben Carson.

“They’ve done an incredible job -- and now we see the Ben Carson exhibit which is exciting to me,” the president said to the pool reporters.

Asked whether he also plans to visit the Holocaust Museum, Mr. Trump replied, “I will do it soon,” and added that it’s “very important to me.”