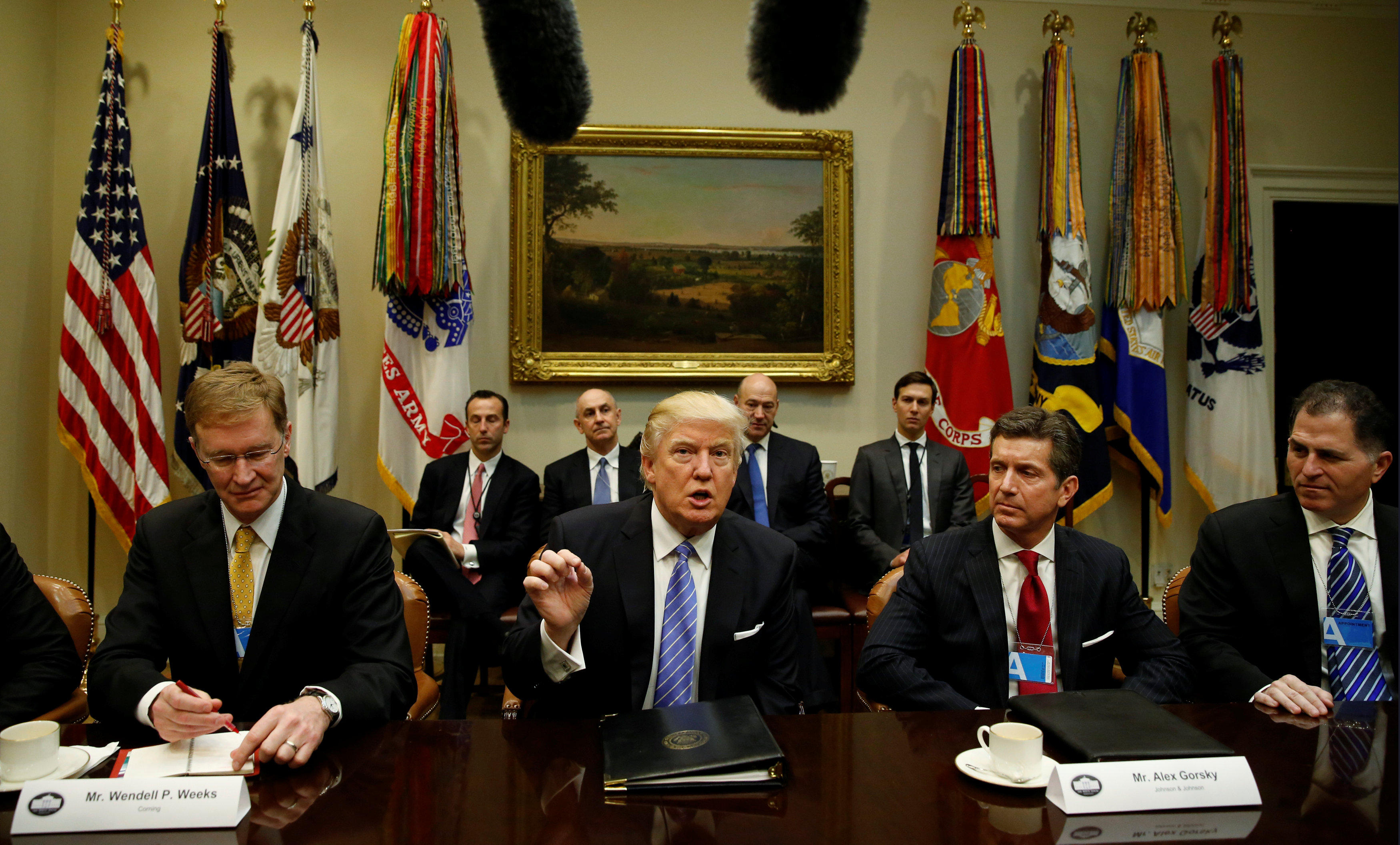 NEW YORK – On his first Monday in office, a lawsuit was filed against President Donald Trump by the top ethics lawyers for the last two presidents, claiming Mr. Trump is already engaging in severe constitutional ethics violations. It is likely to be the first in a string of legal actions by liberal organizations seeking to do anything they can to combat the agenda of a fully Republican-controlled federal government, as the courts will be one of their few avenues of recourse.

The ethics lawyers, Norman Eisen, who advised Barack Obama, and Richard Painter, who worked under George W. Bush, are acting as part of the watchdog group Citizens for Responsibility and Ethics in Washington (CREW.)

“The two have been pushing Trump to divest from his business to avoid what they believe are unprecedented conflicts that will violate the Constitution,” CREW said in a press release announcing their lawsuit, Citizens for Responsibility and Ethics in Washington v. Donald J. Trump, filed in federal court in New York.

They say Mr. Trump, as a sitting president, is “violating the Constitution” with his various business holdings, because he could personally profit from foreign governments, which essentially opens the door to easy bribery and corruption.

Mr. Trump’s various business holdings were a concern during his campaign, but he and his surrogates claim to this day that there is no problem, and they have said Mr. Trump is going above and beyond what is required of him.

CBS News’ Paula Reid reports the lawsuit by CREW has a high legal hurdle to clear to even be heard by a judge. In order to to successfully bring the lawsuit, they need to prove their group has been injured. The lawsuit argues the liberal-funded organization has been injured by diverting all of its resources to the issue of Mr. Trump’s alleged ethics violations.

Regardless of the claims of both sides, what is clear is that there has never been questions like this for a sitting president previously.

“There are a lot of issues that have to be litigated for the first time,” CREW Executive Director Noah Bookbinder said earlier, according to the Associated Press.

The lawsuit is focusing on the foreign emoluments clause of the Constitution, which prohibits presidents from receiving anything of value from foreign governments, including foreign government-owned businesses, without the approval of Congress.

It is estimated the Trump Organization has 500 stakes in businesses in 20 countries.

Despite an refusal to this point to follow a tradition since President Nixon to release his tax returns, the president and his team insist everything is fine. One of the things CREW said they will seek through their lawsuit is the release of those tax returns.

At his first press conference after the election, Mr. Trump and one of his lawyers addressed the issue of his business conflicts.

“I could actually run my business ... and run government at the same time,” he said at the time. “I don’t like the way that looks but I’d be able to if I wanted to.”

Trump lawyer Sheri Dillon said Mr. Trump’s business holdings and investments would be put in a trust before Inauguration Day, and that his two adult sons would run the company, which would hire an ethics compliance officer. It’s unclear if that ever happened.

Additionally, Dillion claimed “no new foreign deals” would be made during his presidency, and that Mr. Trump directed that all profits from foreign government payments made to his hotels will be donated to the U.S. Treasury. The legal mechanisms for making that happen, and whether or not that move itself is legal, are also unclear.

The CREW organization said in its lawsuit these moves are far from sufficient.

CREW leader Bookbinder, himself a former federal corruption prosecutor, said: “We always encourage officials to do the right thing. We did not want to get to this point. It was our hope that President Trump would take the necessary steps to avoid violating the Constitution before he took office. He did not. His constitutional violations are immediate and serious, so we were forced to take legal action.”