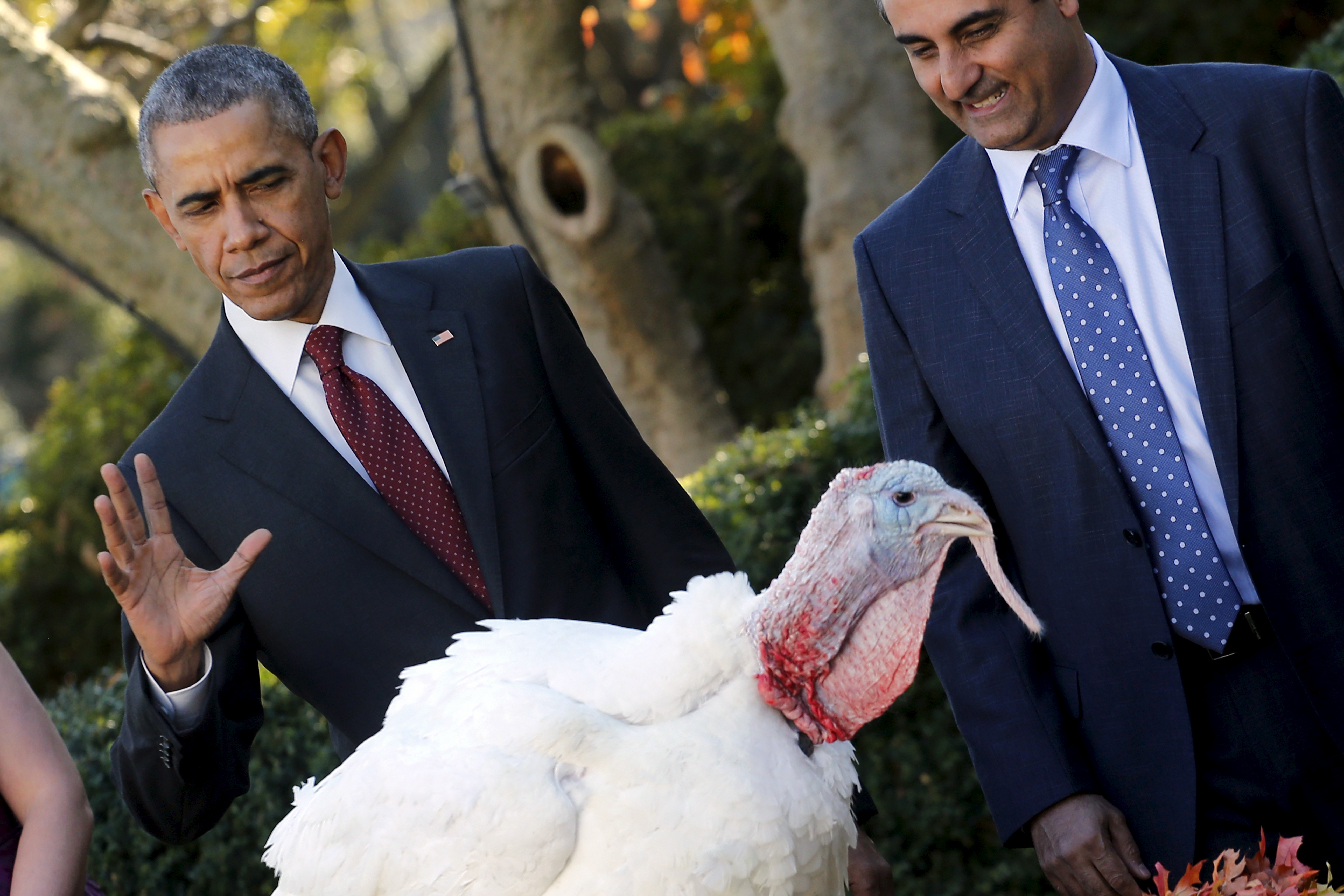 WASHINGTON - In a year the Obama administration has prioritized reforming the criminal justice system, President Barack Obama granted a pair of pardons Wednesday that spared two from near certain death.

At a White House ceremony, the president saved Honest and Abe, both 18-week old, 40-pound turkeys, from the slaughterhouse.

"Abe is now a free bird," President Obama said before waving his hand over the red, white and blue bird. "He is TOTUS - the turkey of the United States." Honest did not attend the ceremony. The president said he was in an undisclosed location, serving as a reserve turkey in case Abe could not fulfill his duties.

The president questioned whether Honest and Abe had rededicated their lives to being good turkey citizens, but went ahead with the pardons anyway.

"America is after all a country of second chances, and this turkey has earned a second chance to live out his life comfortably," Mr. Obama said.

The first daughters, Sasha and Malia, joined Mr. Obama in the Rose Garden. He thanked the two girls for joining him.

"They do this solely because it makes me feel good -- not because they actually think that this is something I should be doing. And, you know, as you get older, you appreciate when your kids indulge you like this," he said.

Honest and Abe, both from California, will live out their remaining days on a 1,000-acre plot in Leesburg, Virginia.

The turkey pardon is an annual White House tradition that dates back to the George H. W. Bush Administration. But the tradition of the National Turkey Federation giving a turkey to the President started in 1947. Some of those birds, it's thought, were eaten. President Truman took at least one of his turkeys home to Missouri and his 25 relatives.

Fifteen years later, President John F. Kennedy decided to return his turkey to the California farm where it was raised. "We'll just let this one grow," he said at a photo op.

Though previous presidents held receiving ceremonies, it was not until 1989, at a Rose Garden signing of the Thanksgiving Day Proclamation, that President George H. W. Bush announced that the special guest would receive a "pardon."

"Not this guy -- he's granted a Presidential pardon as of right now -- and allow him to live out his days on a children's farm not far from here," he said.

In the 16 years since, the tradition has been a source of Thanksgiving humor and unpredictability.

In 1998, the turkey had to be chased around the Rose Garden by its handler in order to be put on the podium.

"I must say, of all the years I've been here this is the most adventurous turkey we've ever had," President Bill Clinton joked.

In 2001, President George W. Bush picked a bit of a fight. He patted the bird on its head and had to jerk his hand away when it pecked back at him.

This year's event was the seventh ceremony for President Obama.