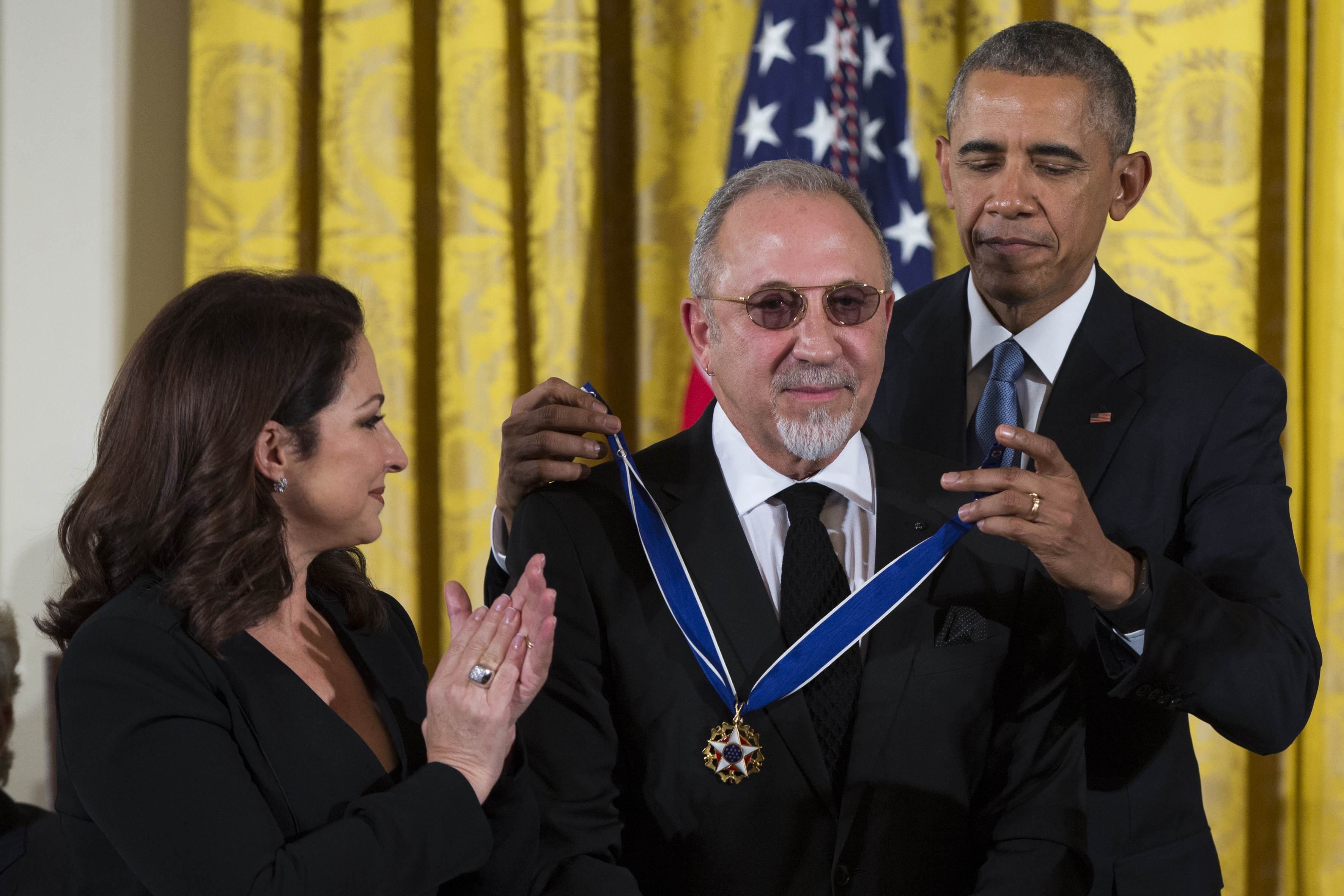 Mays was among the first African-American players in Major League Baseball. Berra, who died in September, was a Yankee great at catcher, an 18-time All-Star and 10-time World Series champion.

"What could be said about Lawrence Yogi Berra that he couldn't say better himself?" Mr. Obama said as he described each of the recipients' accomplishments. "One thing we know for sure, if you can't imitate him, don't copy him."

The politicians getting the honor are Democrats: Sen. Barbara Mikulski of Maryland, who has championed equal pay and women's health during her 44 years of public service; former Rep. Lee Hamilton from Indiana, a longtime advocate of American national security and international relations; and the late Rep. Shirley Chisholm from New York. Chisholm was the first African-American woman elected to Congress and a founding member of what would become the Congressional Black Caucus.

"In his career, Steven has introduced us to extra terrestrials, rogue archaeologist, killer sharks. He's taken us to Neverland, Jurassic Park, but also the beaches of Normandy and Nazi concentration camps," the president said about Spielberg's films.

-Bonnie Carroll, a veterans advocate, who founded the Tragedy Assistance Program for Survivors (TAPS) to support families and loved ones of military heroes killed during their service.

-Katherine G. Johnson, a NASA mathematician, whose calculations influenced every major space program, including the flight of the first American into space.

-William Ruckelshaus, a former chief of the Environmental Protection Agency, who shaped the guiding principles of the agency, including a nationwide ban on the pesticide DDT and an agreement with the automobile industry to require catalytic converters to reduce automobile pollution.

Posthumous recipients include Indian tribal advocate Billy Frank Jr., who led "fish-ins"- similar to sit-ins- during the tribal "fish wars" of the 1960s and 1970s, and civil rights leader Minoru Yasui, who challenged the constitutionality of a military curfew order during World War II on the grounds of racial discrimination and spent months in solitary confinement during the legal battle.