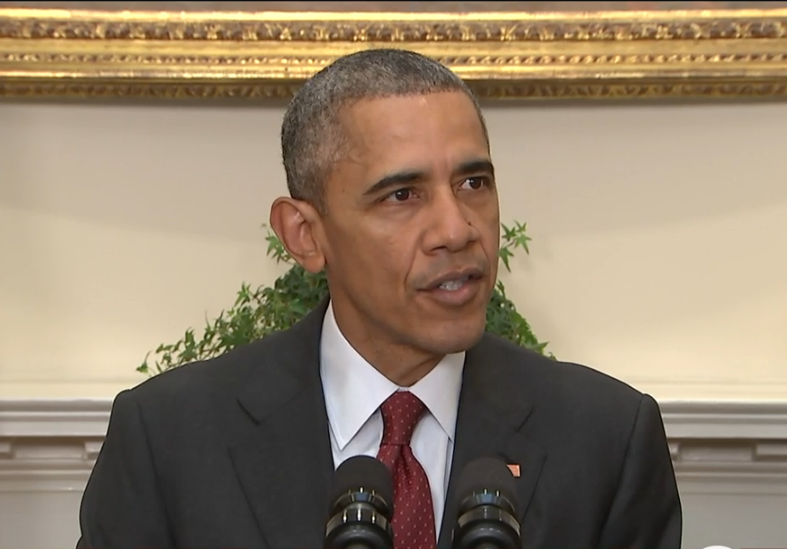 President Obama urged Americans to "go about their usual Thanksgiving weekend activities" Wednesday, saying there is no specific and credible intelligence that points to a terror attack on the U.S.

Mr. Obama spoke from the White House following a meeting with his national security team ahead of the holiday season. He has been getting regular updates on the U.S. homeland security posture in the wake of the Paris terror attacks.

"Right now we know of no specific and credible intelligence indicating a plot on the homeland. That is based on the latest information I just received in the situation room," the president said. "I want the American people to know entering the holidays that the combined resources of our military, our intelligence and our homeland security agencies are on the case. They're vigilant, relentless and effective," the president said.

He said if there were a specific, credible threat, the public would be informed.

"We do think it's useful for people as they're going about their business to be vigilant. If you see something suspicious, say something. That's always helpful. But otherwise, Americans should go about their usual Thanksgiving weekend activities," he said.

He praised law enforcement officials around the country for "working overtime" to protect the American people, and said their efforts have saved lives.

"They serve every hour of every day for the sake of our security. They did so before Paris and they do so now without fanfare or credit and without a break for the holidays," he said.

An intelligence bulletin circulated to law enforcement officials nationwide warned that there could be copy cats looking to replicate the Paris attacks in the U.S. It included details and analysis of the attacks, saying the perpetrators likely used pre-operation surveillance and had a familiarity with the venues.

There will also be a larger-than-usual police presence at places like Los Angeles International Airport and throughout New York City.