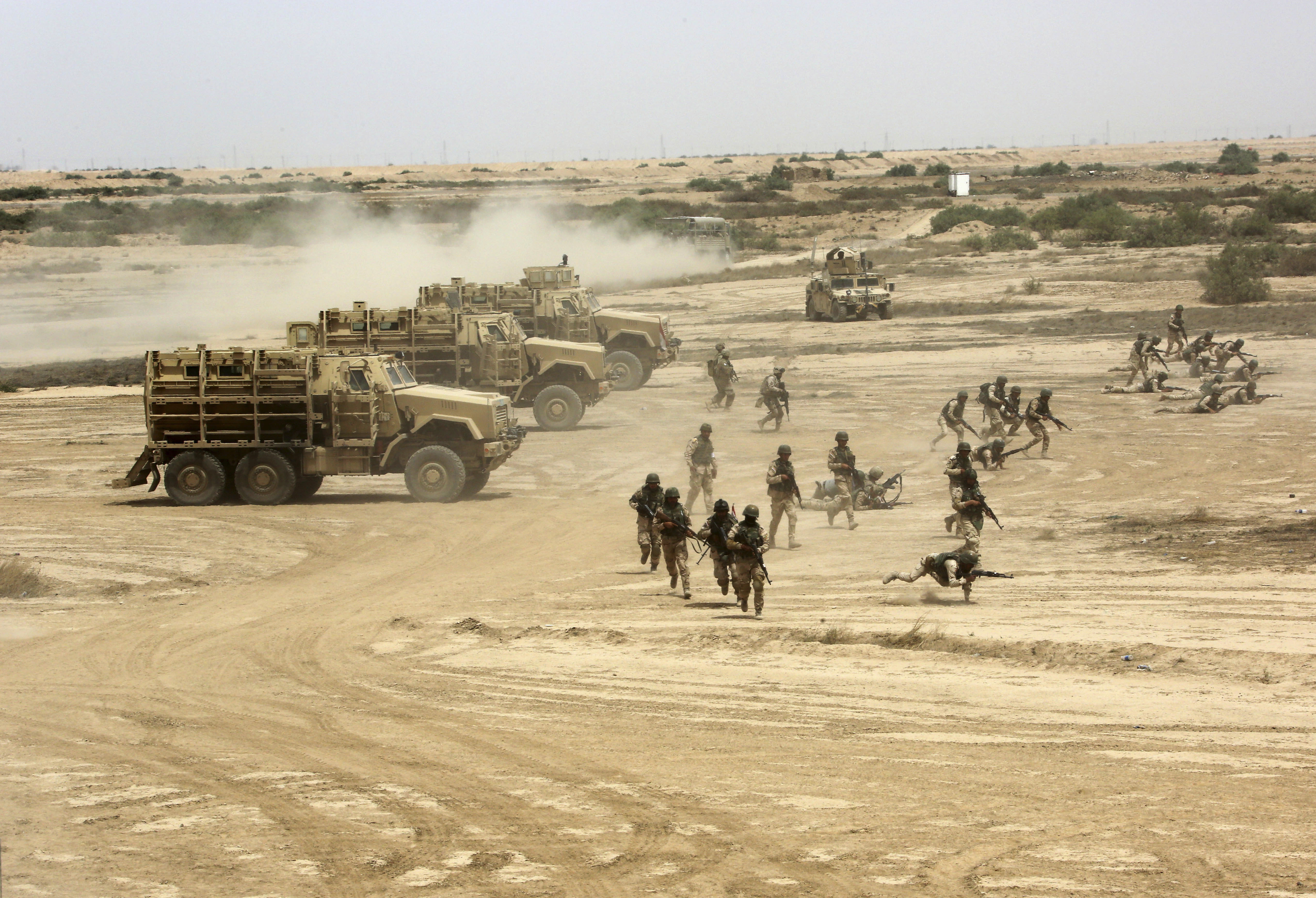 Details of the new White House Iraq strategy are coming into focus after President Obama authorized the deployment of hundreds of additional troops to help reverse gains by the Islamic State of Iraq and Syria (ISIS). But along with the new plan comes criticism of the troops' limited role, reports CBS News correspondent Major Garrett.

The president's move adds 450 troops, but only 75 are trainers who will look for Iraqi Sunnis to equip and train. They have been hard to find, and those who have fought have performed poorly.

The U.S. will create a training base at al-Taqaddum, in western Iraq between the key Anbar provincial cities of Ramadi and Fallujah, both under ISIS control. The base could be vulnerable to attack. That's why most of the new U.S. personnel will provide security.

The mission, which Iraqi Prime Minister Haider al-Abadi requested after ISIS terrorists overran Ramadi, will be to increase, if possible, the effectiveness of U.S. airstrikes and advise Iraqi troops.

But the U.S. will not send Apache attack helicopters or put U.S troops on the front lines to coordinate airstrikes with Iraqi troop movements.

"We will continue to see 75 percent of the combat missions flown return to base without having discharged their weapons, since we have no one on the ground to identify targets," Sen. John McCain said.

"Well we have one commander in chief at a time, that's the president of the United States. And he has no strategy, as he admitted himself, much less an overarching strategy to take on ISIL (aka ISIS) and the other terrorist threats that we face in the Middle East," Boehner said.

The White House faulted Boehner for failing to debate new legal authority for the president to confront ISIS.

"When it comes to these kinds of matters, Congress should have a voice. And Congress, frankly, shouldn't be ducking the debate," White House Press Secretary Josh Earnest said.

This new approach means the long-planned fight to retake the northern Iraq city of Mosul, which fell to ISIS one year ago, will likely be delayed until Iraqi forces, still divided by sectarian suspicions, attempt to regain Ramadi.