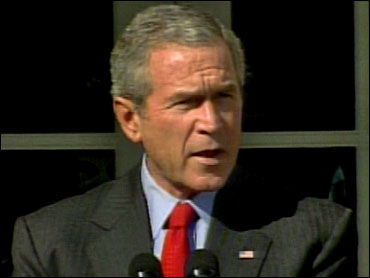 President Bush granted pardons Wednesday to 14 people, including a member of the mineworkers union who was convicted for his role in bombings at a West Virginia coal mine, a counterfeiter and a bootlegger.

Jesse Ray Harvey of Scarbro, W.Va., was given a 25-month sentence in 1990 after his conviction for using explosives to damage Milburn Colliery. The mine had been the target of a long strike by about 45 members of a United Mine Workers local.

CBS News correspondent Mark Knoller reports that the pardons Wednesday bring to 58 the number of pardons granted by Mr. Bush.

Some pardons, like the one Mr. Ford gave Nixon in 1974, protect recipients from going to jail or reduce their sentences. But Mr. Bush has granted clemency mainly to allow people who committed relatively minor offenses and served their sentences long ago to clear their names.

Others granted pardons Wednesday were: