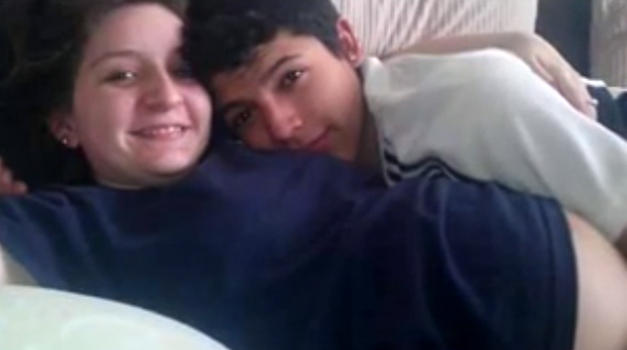 HALSTAD, Minn. -- A Minnesota woman charged in the fatal shooting of her boyfriend told authorities it was a video stunt gone wrong.

Monalisa Perez, of Halstad, was charged Wednesday with second-degree manslaughter in the death of Pedro Ruiz III. The family told the Minneapolis Star-Tribune the couple has a young child and that Perez is pregnant with their second.

According to a criminal complaint, Perez, 19, told authorities Ruiz wanted to make a YouTube video of her shooting a bullet into a book – described as a hardcover encyclopedia – he was holding against his chest. She says she fired from about a foot away.

Authorities say Ruiz died from a single gunshot wound to the chest. The shooting reportedly happened in front of the couple's 3-year-old daughter.

Ruiz told the station her nephew had told her he wanted to try the stunt. She warned him not to do it, and asked him why he would use a gun.

She said he replied, "Because we want more viewers, we want to get, you know, famous."

Charging documents obtained by the Minneapolis Star-Tribune say Perez told police her boyfriend had shown her another book he had shot, in which the bullet didn't go all the way through.

Another aunt, Lisa Primeau, told the Star-Tribune that Pedro Ruiz was known to family as "our little daredevil."

She said he was always seeking a thrill and "putting a dangerous twist on everything he did," including once jumping into a swimming pool from the top of the house.

The manslaughter charge carries a maximum penalty of 10 years in prison.

"The fact that she's got to live with this for the rest of her life, that alone is a charge to me," Claudia Ruiz said.