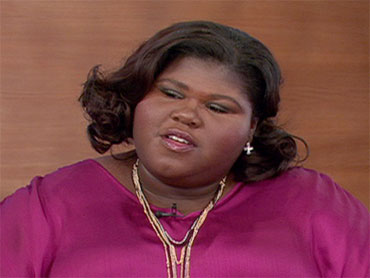 The urban drama "Precious" and the Leo Tolstoy period piece "The Last Station" each have earned a leading five nominations for the Spirit Awards that honor independent film.

The two acclaimed movies will compete for best feature film with the romance "500 Days of Summer" and the immigrant dramas "Amreeka" and "Sin Nombre."

"Precious: Based on the Novel 'Push' by Sapphire" also earned a best-actress nomination for newcomer Gabourey Sidibe, who plays an illiterate Harlem teen rising above a life of incest and abuse, and a supporting-actress slot for Mo'Nique, who plays her mother. The movie also grabbed honors for director Lee Daniels and screenwriter Geoffrey Fletcher.

Helen Mirren had a best-actress nomination for her role as Tolstoy's wife in "The Last Station," while Christopher Plummer earned a supporting-actor honor as the aging Russian author in the drama centered on a struggle over his estate. Filmmaker Michael Hoffman received directing and screenplay nominations for "Last Station."

The Spirit Awards will be presented March 5, two days before the Academy Awards, in a ceremony airing on the Independent Film Channel.

For best actress, Mirren and Sidibe are up against Nisreen Faour for "Amreeka," Maria Bello for the romantic thriller "Downloading Nancy," and Gwyneth Paltrow for the dark romance "Two Lovers."

Nominated for best actor were Jeff Bridges in the country-music tale "Crazy Heart," Colin Firth in the 1960s gay drama "A Single Man," Joseph Gordon-Levitt in "500 Days of Summer," Souleymane Sy Savane for the buddy drama "Goodbye Solo," and Adam Scott for the sibling story "The Vicious Kind."

The war-on-terror drama "The Messenger" ran second with four nominations, including best feature from a first-time director and supporting-acting slots for Samantha Morton and Woody Harrelson. "The Messenger" star Ben Foster was overlooked for a nomination for his acclaimed performance as an Iraq War hero assigned to notify next-of-kin about soldiers' deaths.

Also nominated for best first feature is the horror sensation "Paranormal Activity," which was shot for just $15,000 and has taken in more than $100 million at the box office.

Joel and Ethan Coen's "A Serious Man," about a Midwest Jewish academic in the 1960s who is beset with career and family troubles, was chosen to receive the Robert Altman Award honoring a film's director, casting director and ensemble of actors.

The Coens also earned a directing nomination for "A Serious Man."

Presented by the cinema group Film Independent, the Spirit Awards honor movies that cost less than $20 million to make, with a significant part of their budget originating from outside the Hollywood studio system. Other criteria for nominations include films' originality and provocative subject matter.
By David Germain