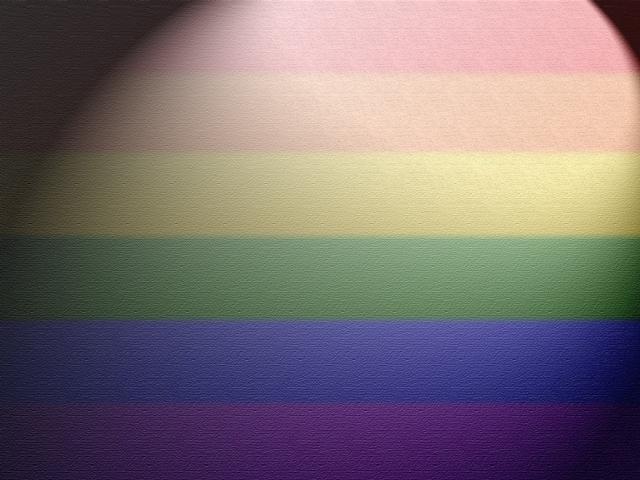 (CBS/AP) RALEIGH, N.C. - A Bible-waving preacher protesting at a gay pride event was kissed on the cheek by a female gay rights supporter - a 74-year-old woman who was charged with simple assault, with the preacher's blessing.

Joan Parker admits she kissed a preacher on the cheek at the Saturday event in Salisbury, N.C., proclaimed by the mayor as Lesbian, Gay, Bisexual and Transgender Pride Day.

"He was just waving his arms and has a Bible in one hand, up and down, and screaming at the top of his lungs, 'sodomites' and 'you're going to hell,'" Parker said in a phone interview with The Associated Press. "I thought he needed a hug. So I gave him a hug."

At some point, the preacher turned to yell at a man with a camera. Also at some point, she kissed him. On the cheek, she says, not on the mouth.

"He claims I kissed him on the lips, and he's a damned liar," said Parker. "I believe I did kiss him on his cheek."

The preacher, James Edward Belcher of Taylorsville, says he never claimed Parker kissed him on the lips, but that's only because he turned his face as she came toward him.

"If I hadn't turned my head, I'd have gotten it right on my mouth," said Belcher, 49, minister at New Light Baptist Church No. 2 in Millers Creek.

He described the encounter this way: "She ran her arms all the way around me and pulled me toward her." As he held his Bible in one hand, he stuck both arms in the air and turned toward a police officer standing nearby who witnessed the exchange, he said.

Rory Collins, police chief in the town located about 45 miles northeast of Charlotte, said Belcher wanted to press charges, which he hadn't expected. Belcher contends police would have charged him if he had touched a 74-year-old woman and that he didn't personally pursue charges.

And it doesn't matter if Parker was aiming for Belcher's mouth or cheek, Collins said.

"She might disagree with this, but it wasn't done as a show of affection," he said. "It was an unwanted touching."

Belcher contends the kiss "was just one of many attempts to silence the preaching to those in need of salvation who practice a death style that they call a lifestyle."

Police estimate that about 2,000 gay rights activists attended the event Saturday, along with 200 protesters. Belcher was among several people who showed up to preach and protest, even though they didn't have a permit. Police let them stay, with some rules, so officers didn't have to spend all of their time issuing citations.