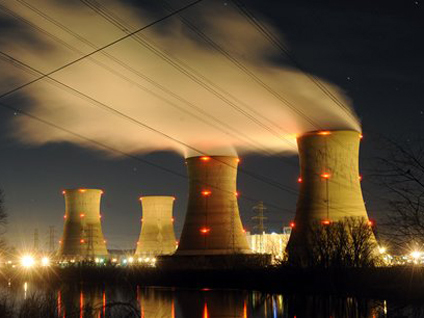 MIDDLETOWN, Pa. - The 32nd anniversary of the partial meltdown at Three Mile Island is being marked at the plant with prayers for Japan.

WGAL-TV reports about 30 people gathered early Monday outside the nuclear plant near Harrisburg for a vigil to remember the worst commercial nuclear power plant accident in U.S. history.

An equipment failure and operator errors led to partial core meltdown at the plant's Unit 2 reactor around 4 a.m. on March 28, 1979.

Those gathered outside the plant offered their prayers for tsunami-devastated Japan, especially people forced from their homes by the crisis at the Fukushima Dai-ichi nuclear complex.