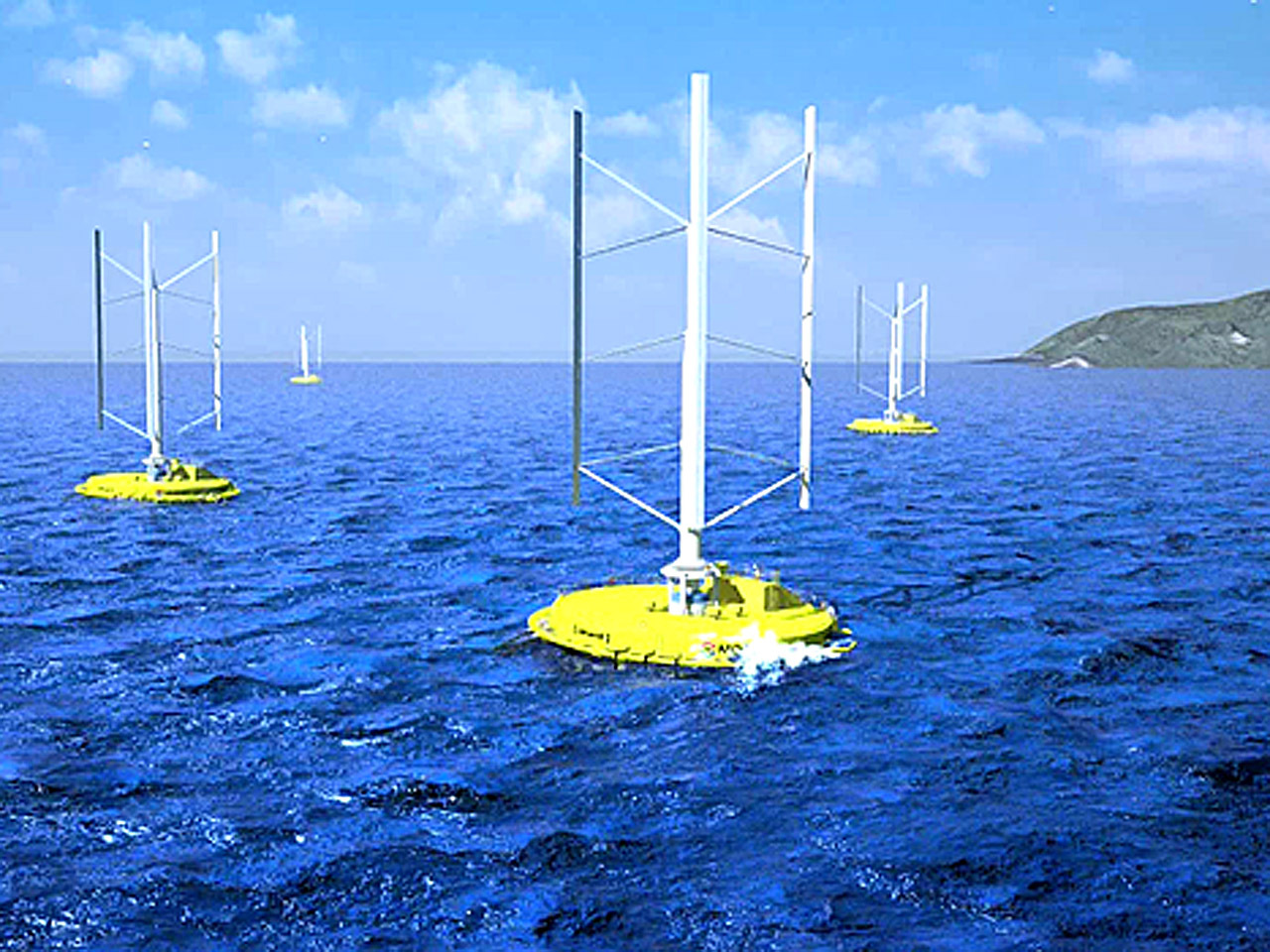 TOKYO A Japanese company is set to test a new power generation system which -- for the first time -- should harness the energy of both the sea and the wind to feed the demand for electricity on land.

The "floating wind and current power generation system," as it's officially known, will hit the water for trials off Japan's southwest coast in the fall. Just one of the huge floating turbines is designed to harness enough energy from the wind and waves, to power as many as 500 homes.

Showing off a model of the turbine to CBSNews.com at the Tokyo headquarters of his company, Modec, Nakamura explained that the new turbine design should generate about twice as much power as a traditional wind turbine of the same diameter.

Nakamura explained that 80 to 90 percent of the power generated would come from the large wind-catching turbine floating over the sea, with another underwater turbine expected to produce the rest.

At first, the turbine units will be tethered to shore by cables which also transport the energy produced onto land storage facilities. The technology to effectively store it on the turbines at sea doesn't exist, yet.

"We can start the operations and we will learn from that one, and in the future, the battery cost will be less. Maybe 10 years later we will be in a very good shape for the business," he told CBS' Seth Doane.

He admits that he's dedicated his career to creating technology which, at least for the next decade, isn't going to bear its full economic fruit.

When the powerful earthquake rocked northeast Japan in March of 2011, triggering a tsunami that destroyed parts of the Fukushima Dai-Itchi nuclear power plant, Nakamura took it as a wake-up call.

"After the earthquake, it was a very big shock for the people like us in Japan," he explained to Doane, adding that his nation -- and its energy infrastructure -- had been inadequately prepared for a disaster of such a magnitude.

His company allowed him to transition into a department to work on dreaming up the next generation of power generation.

With 70 percent of the Earth covered by ocean, ever increasing demand and decreasing space on land to produce power, Nakamura believes that, just as the oil business looked offshore for opportunities, the renewable energy side will also look to the sea.

"We want to, you know, win the race," he explained. "That means we have to start now."