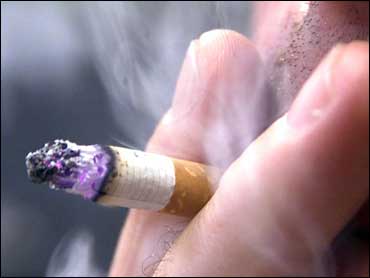 Federal regulators are overlooking the massive use of pesticides on tobacco, congressional auditors reported Thursday.

For every other product treated with pesticides and consumed by people or animals, the government assesses the health consequences of the pesticides used, sets safe limits on pesticide residues and routinely tests residue levels to assure compliance. Tobacco products have largely managed to escape all three of these layers of oversight, the GAO said.

Tobacco pesticides include some of the most dangerous pesticides used in the United States, the GAO said. They can cause acute poisoning, cancer, nervous system damage and birth defects.

The Environmental Protection Agency determines whether and under what conditions pesticides can be used in the United States without posing an unreasonable risk to human health or the environment. The Agriculture Department and the Food and Drug Administration monitor crops for certain pesticide residues.

The GAO reviewed studies and documentation related to 13 pesticides commonly used on tobacco that the EPA evaluated between 1994 and 2002. It found that while the EPA regulates the specific pesticides that may be used on tobacco and other crops and specifies how the pesticides may be used, it does not deal with residues.

The GAO recommended the Agriculture Department periodically reevaluate the pesticides it includes in its testing program. Agriculture officials, upon seeing a draft of the report, agreed with the GAO's recommendation.

More than 25 million pounds of pesticides are used in tobacco production in the United States, and tobacco ranks sixth among all agricultural commodities in the amount of pesticides applied per acre, according to the GAO.

Citing the GAO findings, Rep. Henry Waxman, D-Calif., sent a letter Thursday to Health and Human Services Secretary Tommy Thompson, urging him to support federal regulation of tobacco products, including authority to measure and regulate the use of pesticides and other additives.