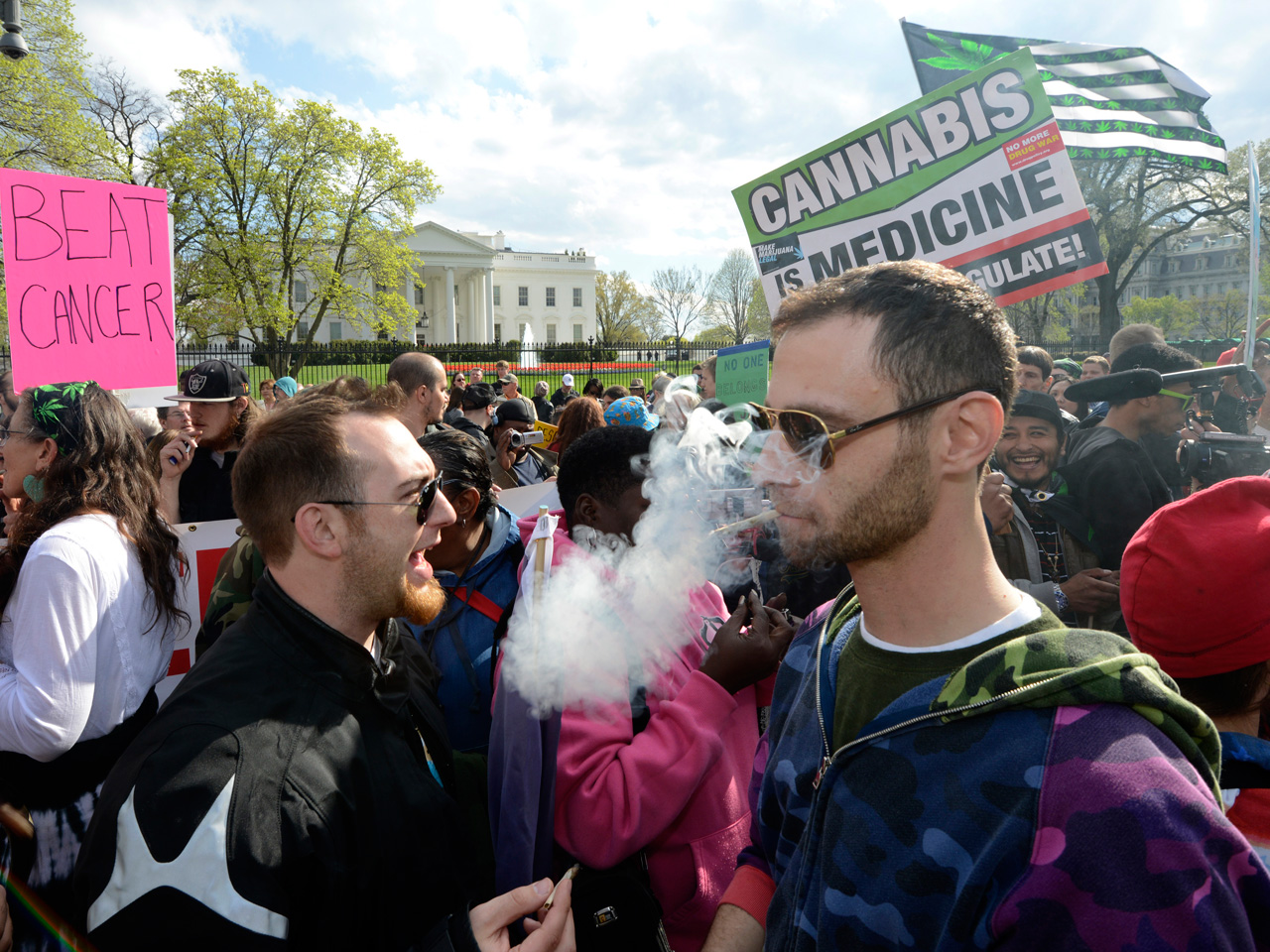 WASHINGTON- Activists smoked marijuana outside the White House to send their message that the drug shouldn't be considered dangerous.

Possession of up to 2 ounces of pot is legal in the nation's capital, but smoking in public is illegal. However, U.S. Park Police Sgt. Anna Rose says her agency made no arrests. Eidinger said police "were very respectful."

CBS affiliate WUSA in Washington, D.C. reports activists had hoped there would be mass arrests to help prove their point, since it is illegal to smoke marijuana on federal property. However, WUSA reporters only witnessed one person cited for using paraphernalia outside the White House, which is merely a citation and small fine.

Protest organizers say President Barack Obama should remove pot from the list of Schedule 1 controlled substances, which includes heroin and other addictive drugs. Obama has maintained that pot advocates should try to lobby Congress to pass a bill reclassifying the drug.

Connecticut is the latest state to legalize recreational marijuana
More