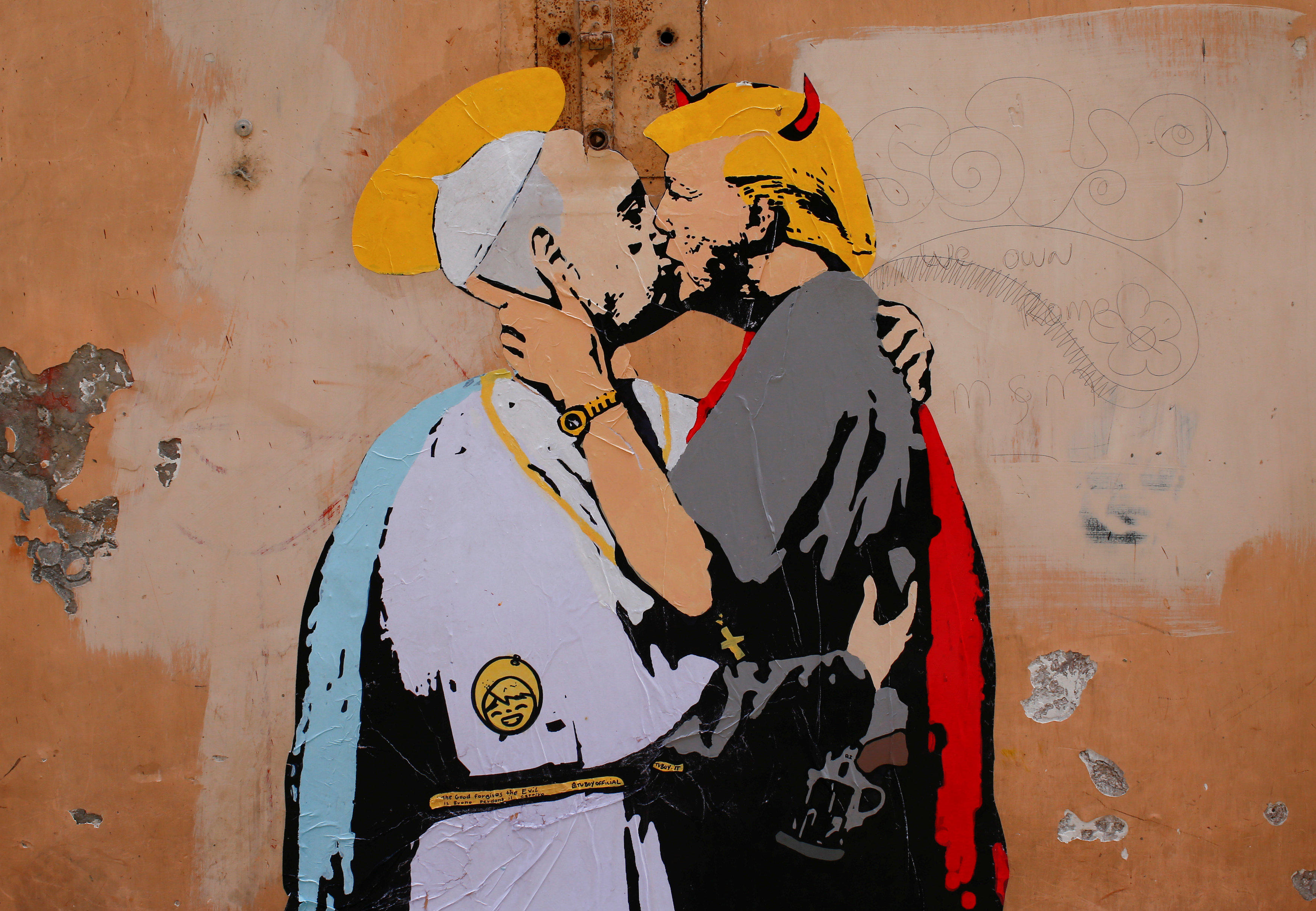 ROME -- A poster showing Pope Francis and a devilish, gun-toting Donald Trump kissing has appeared in Rome less than two weeks before their first meeting.

The caption "The Good forgives the Evil" is written in English and Italian in tiny letters along Francis' belt. It was signed by "TV Boy Official."

In the life-sized image, the white-robed Francis with a halo over his head embraces Trump, who has red horns, a red cape and a gun in a holster.

Francis is due to meet with Trump on May 24 at the Vatican.

Francis has frequently been the focus of street art in Rome. Early on in his papacy, posters of Francis dressed as a superhero appeared near the Vatican, while more recently dozens of posters critical of his heavy-handed actions against conservatives dotted the city.