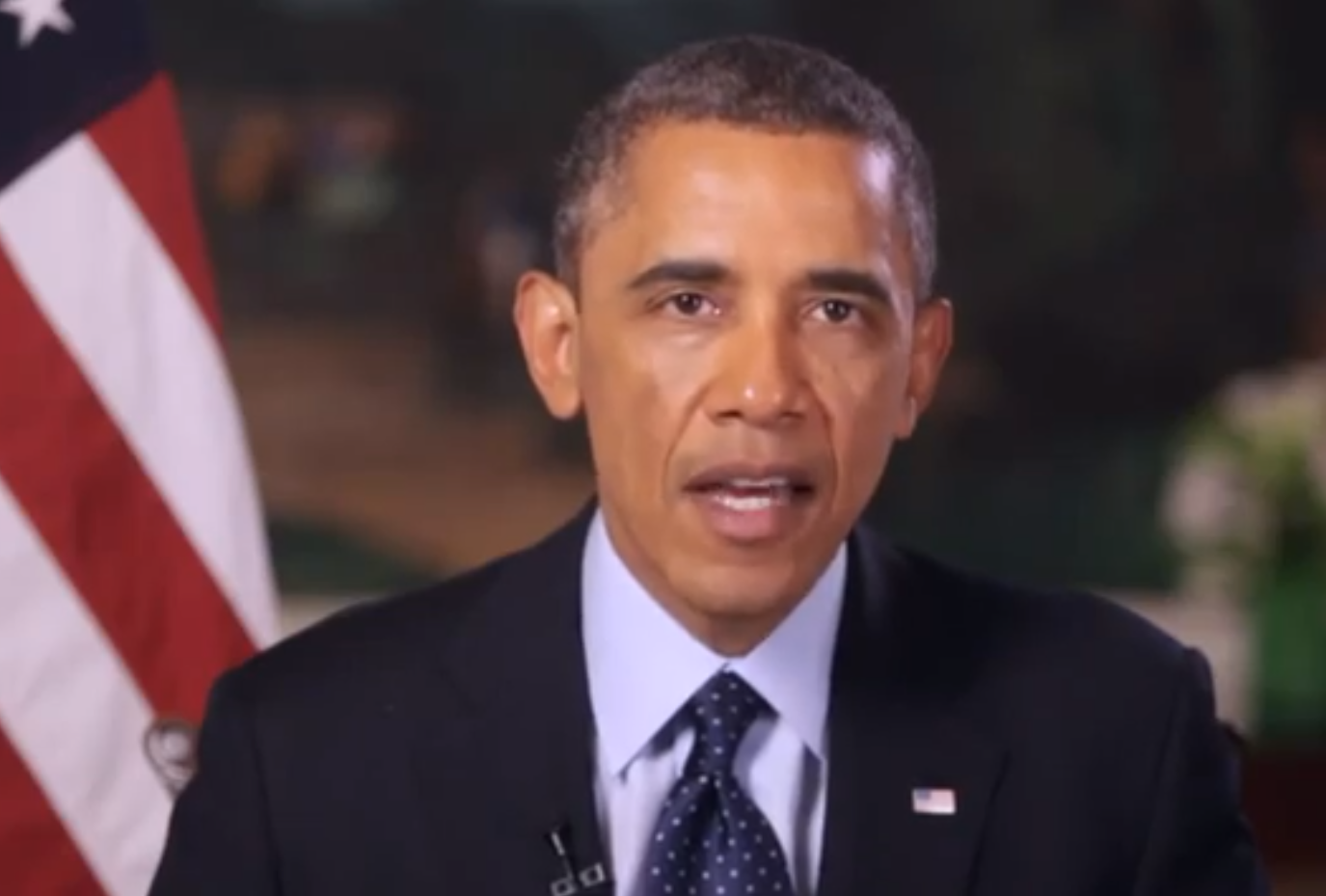 President Obama hasn't yet signed into law a deal to avert the so-called "fiscal cliff," but nevertheless he released a video today celebrating "what we were able to achieve this week" in blocking tax hikes for Americans making less than $400,000 a year.

"Thanks to so many of you, because you made your voices heard throughout this debate, we've stopped that middle class tax hike," the president said in the video, sent out to his political supporters by Obama for America campaign manager Jim Messina, not from the White House.

Though many on the left were unhappy with the final package to avoid the potentially devastating effects of a series of tax increases and spending cuts set to trigger Jan. 1 - particularly since the income threshold for raising tax rates was higher than Democrats' proposed $250,000 - Mr. Obama heralded the deal, passed early Tuesday in the Senate and later that night in the House, for "making our tax code more progressive than it's been in decades."

"Ever since I took office," the president said, "my preference has always been to reach a bigger agreement that solves our whole deficit problem in a balanced and responsible way. I'll admit that hasn't always been easy as I hoped it would be So instead, we're solving this problem in several steps: Last year we started reducing the deficit through $1 trillion in spending cuts; and the agreement we reached this week will reduce the deficit even more by asking the wealthiest 2 percent of Americans to pay higher taxes for the first time in two decades.

A spokesperson for House Speaker John Boehner, R-Ohio, said the bill was delivered to the White House late this afternoon. An aide to Mr. Obama told CBS News it was unclear whether the bill will be sent to the president in Hawaii for signing, or if he will authorize using the "autopen," which allows him to sign a bill without being present, as he's done on two previous occasions. But, the aide added, "rest assured it will be in a timely fashion."